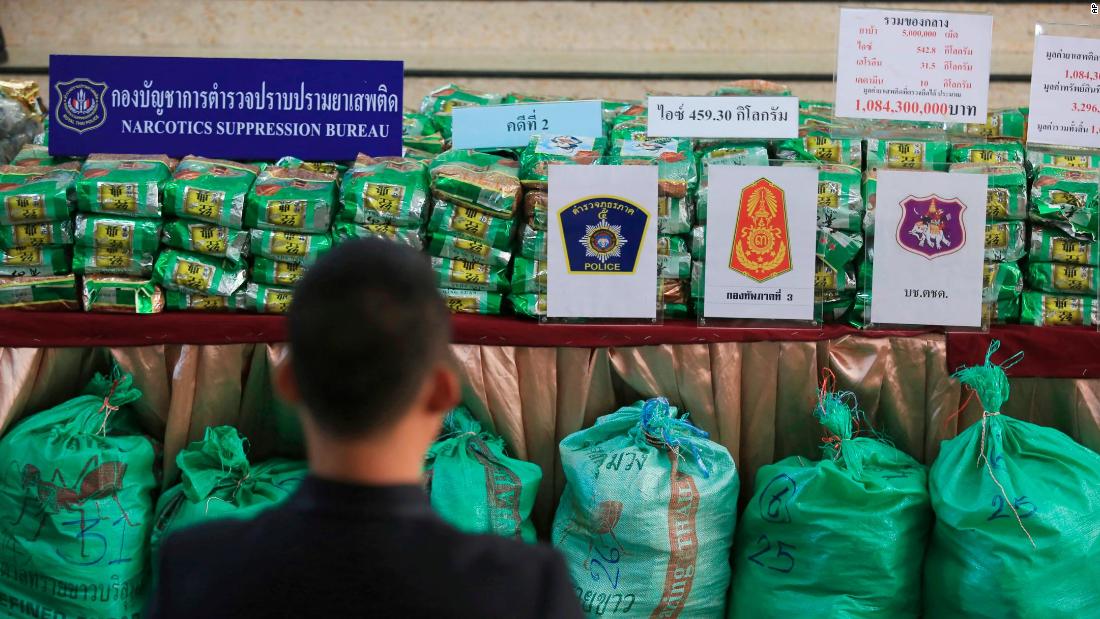 Meth production and trafficking is surging in countries in the Lower Mekong region — Cambodia, Laos, Vietnam, Thailand and Myanmar — according to a new report by the UN Office on Drugs and Crime (UNODC) released on 30 May.

And that is enabling Asia’s drug cartels to flood markets with billions of dollars worth of synthetic narcotics even as the global economy continues to struggle with the Covid-19 pandemic.

“The scale and reach of the methamphetamine and synthetic drug trade in East and Southeast Asia is staggering and yet it can continue to expand if the region does not change approach and address the root causes that have allowed it to get to this point,” said Jeremy Douglas, UNODC’s regional representative for Southeast Asia.

Organized crime groups have taken advantage of recent political instability, such as a military coup in Myanmar, that has left some border regions largely lawless and easy to exploit, Douglas said, while falling prices have been popular with consumers.

“The continued drop in prices of crystal methamphetamine in Southeast Asia, for instance in Malaysia and Thailand, while purity of the drug remains high, means greater affordability and accessibility of high-purity drugs,” Douglas said.

“Organized crime [syndicates] have all the ingredients in place that they need to continue to grow the business, including territory to produce, access to chemicals, established trafficking routes and relationships to move product, and a massive population with spending power to target,” Douglas said.

“They look at the region and see potential and profits.”

Drugs boom in a strict region

In Southeast Asia, a region with a population of more than 680 million people across 11 countries, methamphetamine is a booming multibillion-dollar trade that has supplanted opium and its derivative heroin to become the dominant illegal drug for both use and export.

That is despite the region being notorious for having some of the world’s strictest drug laws, with some offenses punishable by death in Singapore, Indonesia and Vietnam.

Cambodia is also home to an increasing number of drug production sites, the UN agency noted.

“One clandestine laboratory dismantled there last year was an industrial-scale facility set up to produce ketamine and potentially other drugs,” it said.