A ‘Silent Victim’: How Nature Becomes a Casualty of War 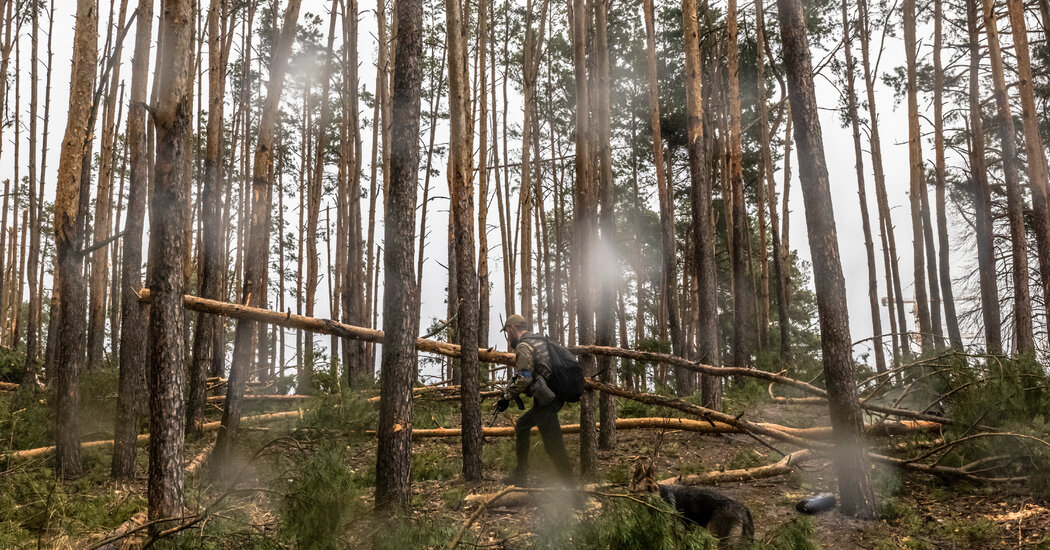 
But the government may not be able to safely move funds or supplies into reserves in occupied areas, leaving the animals at risk of starvation, Mr. Vasyliuk said. His conservation group has been raising money for the reserves, including paying local grain farmers to feed the animals in Askania-Nova, he said.

Some of the administrative offices of occupied reserves have been looted, Mr. Vasyliuk said, and many staff members have been evacuated. His organization has been working to provide food, water and medicine to workers in occupied areas and help displaced workers find housing, he said, adding that some members of his own conservation group had become refugees.

War also has opportunity costs as funds and priorities shift from conservation to human survival. “We tend to focus on the kind of direct stuff — the big fires and smoke plumes, damaged oil infrastructure,” Mr. Weir said. “But, actually, it tends to be the collapse of environmental governance which leads to this kind of death of a thousand cuts and then, obviously, has this lasting legacy.”

For all the damage that war can do, in isolated cases, human conflicts can provide a shield for nature.

The most famous example is Korea’s Demilitarized Zone, a thin ribbon of land that serves as a buffer between North and South Korea. It is entirely off limits to humans, protected by guards, fences and land mines. But in the absence of people, it provides refuge for rare flora and fauna, including red-crowned and white-naped cranes, Asian black bears and possibly Siberian tigers. (The mines can pose a danger to the larger land animals.)

In some instances, war can also disrupt extractive industries. During World War II, commercial fishing in the North Sea ceased almost entirely because of the requisitioning of fishing boats, restrictions on their movement and the drafting of fishermen for the war. The populations of many commercially harvested fish species rebounded.