Boeing’s Starliner Departs From Space Station: How to Watch 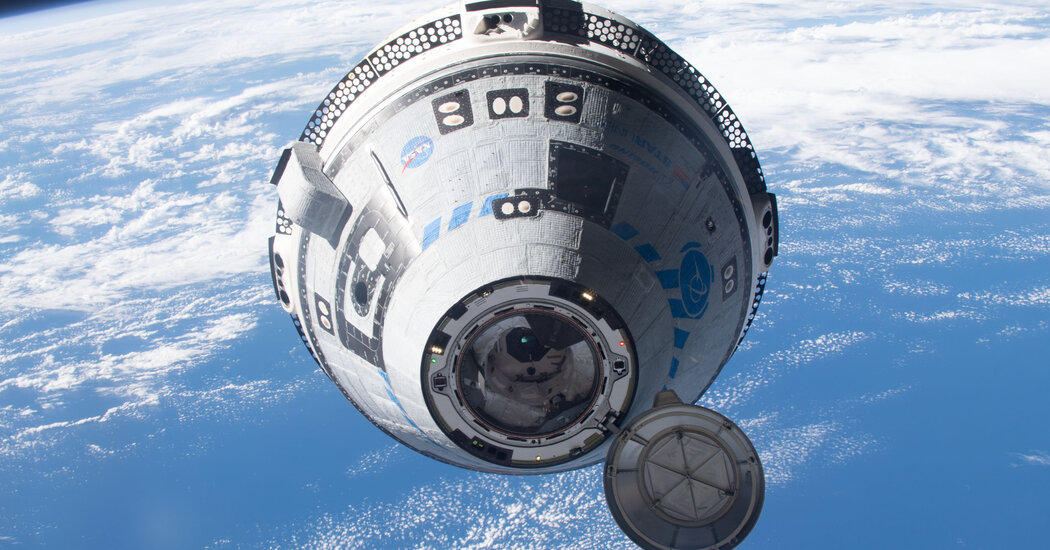 
Boeing’s Starliner spacecraft is coming back to Earth on Wednesday after four and a half days docked at the International Space Station. The return, to the White Sands Missile Range in New Mexico, will conclude an uncrewed trial run for the spacecraft, which is designed for NASA to carry astronauts to and from the space station.

When are the undocking and landing events, and how can I watch them?

Astronauts on the space station closed the hatch to the Starliner capsule Tuesday after filling it with 600 pounds of cargo to be returned to Earth.

The undocking is scheduled for 2:36 p.m. Eastern time. NASA Television will begin streaming coverage of the undocking at 2 p.m. You can watch it in the video player embedded above.

If bad weather unexpectedly intervenes, there is a backup landing opportunity on Friday.

NASA Television will pause its coverage after Starliner leaves the vicinity of the space station. The livestream will resume at 5:45 p.m. Landing is expected at 6:49 p.m.

What will happen during the trip home?

After it departs the space station, Starliner will line up its trajectory with the selected landing site in New Mexico. At 5:45 p.m. Eastern time, it is scheduled to fire its thrusters in what is known as the deorbit burn, which will drop the spacecraft out of orbit.

Once the burn is complete, the service module — the part below the cone-shaped capsule that contains most of the spacecraft’s propulsion and power systems — is discarded. The service module will re-enter the atmosphere separately and burn up.

The Starliner capsule, meanwhile, will slice through the atmosphere; the compression of air against the blunt bottom will sear the heat shield to 3,000 degrees Fahrenheit.

Although Russian and Chinese astronaut transports have long parachuted onto land instead of splashing in the ocean, Starliner is the first American capsule to use that approach. Avoiding salt water should help simplify refurbishment of the capsule, which is designed to be used up to 10 times.