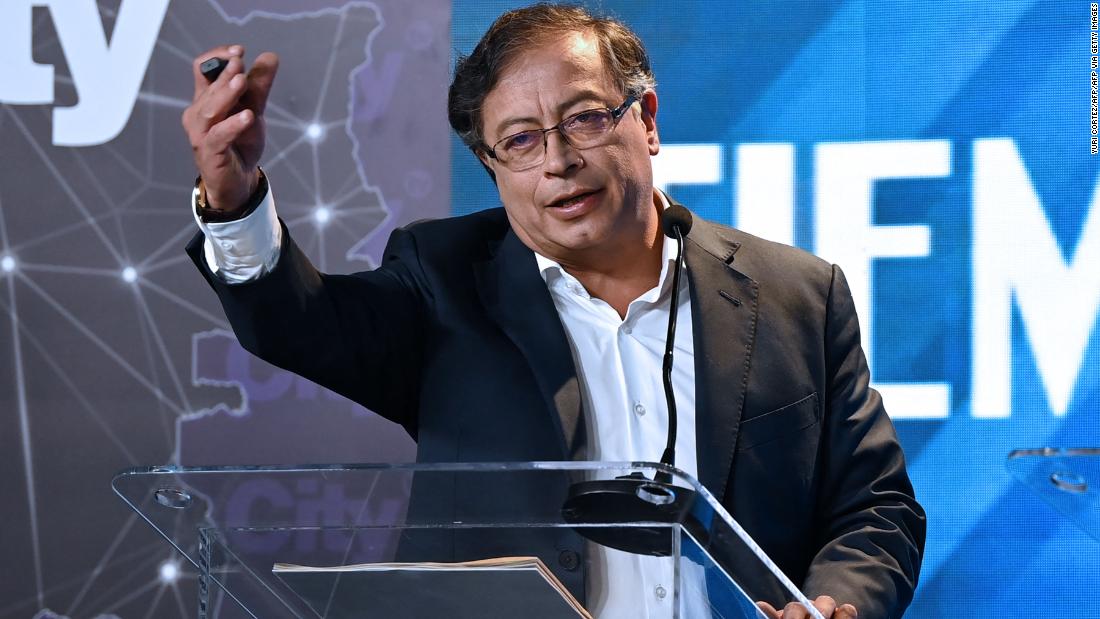 Petro and Hernandez are now expected to face each other during a second round of voting on June 19th.

Polls closed late on Sunday with no major reports of violence or unrest.

The vote took place in one of the most turbulent times in Colombia’s modern history, with the country plagued by the economic fallout of the Covid-19 pandemic, social unrest and a deteriorating security situation.

Duque’s own approval rating is currently at a low, with his tenure marred by his administration’s handling of police conduct, inequality, and clashes between organized criminal groups.

Popular discontent has placed the left in sight of the presidency for the first time in the country’s history. Still, the preliminary results represent of a setback for the 62-year-old Petro — a former guerrilla fighter and mayor of Bogota — who had been widely regarded as a leading candidate.

If elected next month, Petro would become Colombia’s first leftist leader; his running mate Francia Marquez would also become the first Afro-Colombian to hold executive powers. Petro has proposed a radical overhaul of the country’s economy to combat one of the highest inequality rates in the world.

Meanwhile Hernandez, 77, has appealed to centrist voters with a unique social-media campaign. The self-proclaimed “King of TikTok” declined to participate in several televised debates and gave few interviews to foreign outlets — although he did appear on CNN, wearing his pajamas, saying that he was a “man of the people.”