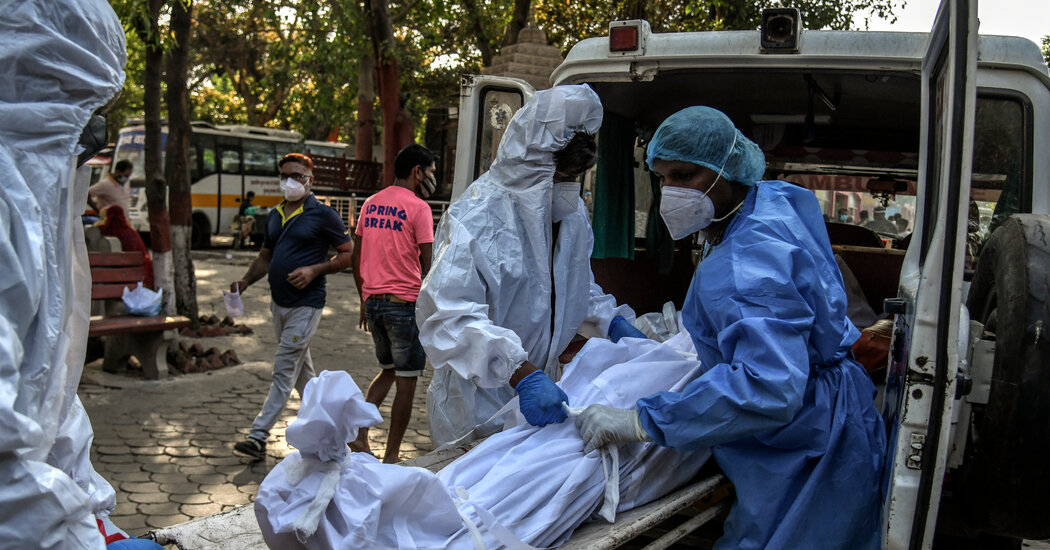 
But she said that the W.H.O. estimates were far too high. “It is not the numbers that matter most, but how to intervene in handling Covid-19,” she said.

For still other countries that suffered grievously during the pandemic, the W.H.O. estimates illuminated even more startling figures hiding inside already devastating death counts. In Peru, for instance, the expert estimate of 290,000 excess deaths by the end of 2021 was only 1.4 times as high as the reported Covid death toll. But the W.H.O. estimate of 437 excess deaths for every 100,000 Peruvians left the country with among the world’s highest per capita tolls.

“When a health care system isn’t prepared to receive patients who are seriously ill with pneumonia, when it can’t provide the oxygen they need to live, or even provide beds for them to lay in so they can have some peace, you get what you’ve gotten,” said Dr. Elmer Huerta, an oncologist and public health specialist who hosts a popular radio show in Peru.

In the United States, the W.H.O. estimated that roughly 930,000 more people than expected had died by the end of 2021, compared with the 820,000 Covid deaths that had been officially recorded over the same period.

In Mexico, the government has itself kept a tally of excess deaths during the pandemic that appears roughly in line with the W.H.O.’s. Those estimates — about double the country’s reported Covid death toll — reflected what analysts there described as difficulties counting the dead.

“We responded badly, we reacted slowly. But I think the most serious of all was to not communicate the urgency, the wanting to minimize, minimize,” said Xavier Tello, a public health analyst based in Mexico City. “Because Mexico wasn’t or isn’t testing for Covid, a lot of people died and we don’t know if they had Covid.”

The W.H.O.’s calculations include people who died directly from Covid, from medical conditions complicated by Covid, or because they had ailments other than Covid but could not get needed treatment because of the pandemic. The excess death estimates also take into account expected deaths that did not occur because of Covid restrictions, such as reductions in traffic accidents or isolation that prevented deaths from the flu and other infectious diseases.