Everything we know about dead Alabama prison officer and murder suspect 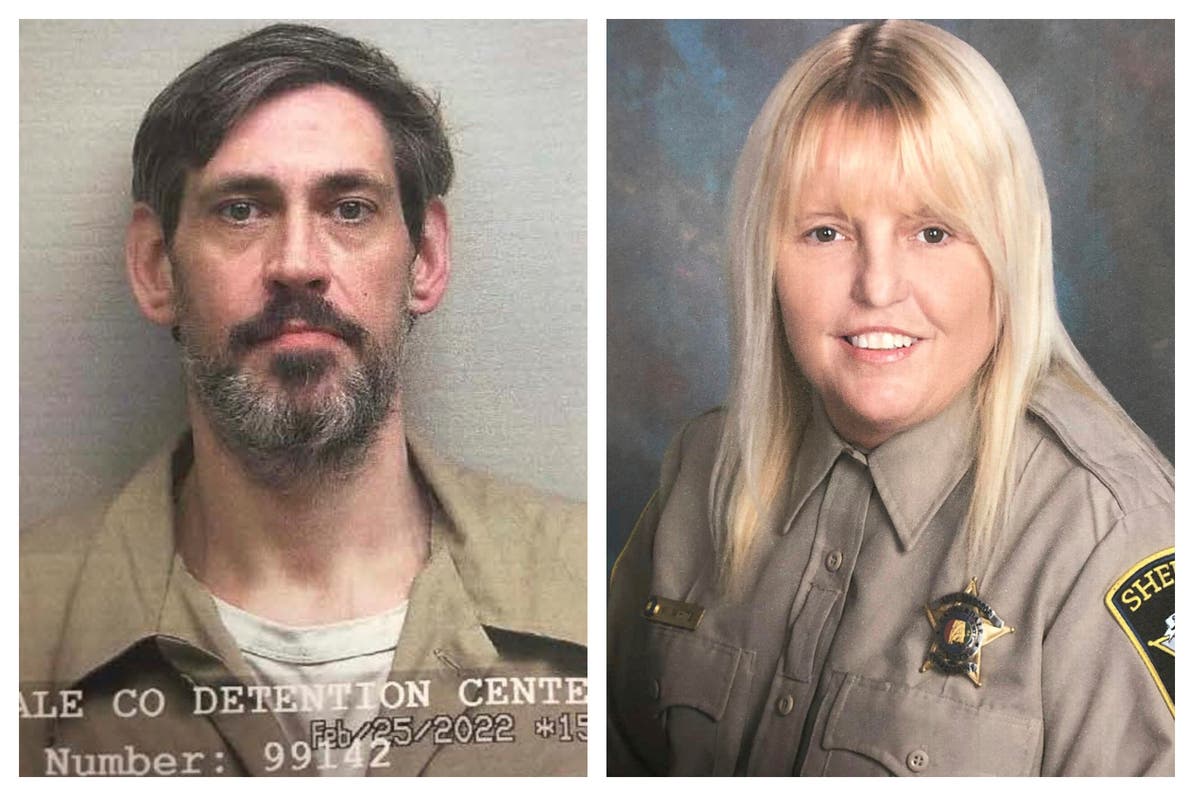 The nationawide manhunt came to a dramatic end when Casey White, 38, surrendered and Vicky White, 56, was taken to hospital, where she later died, as they were finally tracked down and apprehended after 11 days on the run.

“We got a dangerous man off the street today,” Lauderdale County Sheriff Rick Singleton told AL.com following the 9 May capture. “He is never going to see the light of day again.”

Their escape from the Lauderdale county detention centre without a trace spurred a total $15,000 reward for information leading to the capture of the two and the issuing of a warning of a “serious threat” to the public.

Ms White, who was suspected of helping Casey White, shared a “special relationship” with him, said police.

The US Marshals Service captured the pair after receiving a tip on their Indiana location late on Sunday night, according to officials. When officers arrived at the hotel the pair were staying in they fled, with their vehicle flipping over during the subsequent chase.

Vanderburgh County Coroner Steven W Lockyear announced that Ms White died at Evansville Deaconess Midtown Hospital on Monday 9 May, reported WHNT. The coroner later confirmed the cause of death to be a self-inflicted gunshot wound.

Here’s what we know so far

The pair, who share the same surname but are unrelated, began their time on the run on 29 April after Ms White said she was taking the inmate for a mental health evaluation to check him out of jail. She said she would leave to get medical care after dropping the inmate at the courthouse because she was not feeling well.

Authorities later found there was no evaluation or court hearing scheduled for the inmate and Ms White never made it to where she was supposed to get medical care, according to Lauderdale county sheriff Rick Singleton.

Ms White’s 2013 Ford Taurus patrol car was found abandoned in the parking lot of a nearby shopping centre at around 11am on the 29th, the sheriff said.

But the alarm was only raised several hours later at around 3.30pm, when Ms White’s coworkers grew concerned she hadn’t returned and were unable to reach her by phone.

Four days later on 2 May, the US Marshals service said they were seen on 29 April in Rogersville, Alabama, 30 minutes east of Lauderdale county. They were driving a “gold/copper” 2007 Ford Edge with unknown number plates.

The Marshals Service labelled Ms White a “wanted fugitive” and offered a reward of $5,000 for information about her whereabouts, while the reward for information that could lead to the capture of the inmate White is for $10,000.

“Investigators received information from inmates at the Lauderdale County Detention Center over the weekend that there was a special relationship between Director White and inmate Casey White,” the Lauderdale county sheriff’s office said in a statement.

“That relationship has now been confirmed through our investigation by independent sources and means.”

CNN reported that the inmate White had received special privileges like extra food because of the officer.

Mr Singleton said the sheriff’s office has issued a warrant for Ms White’s arrest for “permitting or facilitating escape in the first degree”.

He said they know she participated in the escape but they are not sure “she did that willingly or if she was coerced, threatened somehow to participate”.

Ms White had also recently sold her home and filed for retirement just days before the pair vanished. Ms White’s mother said her daughter sold her home and moved in with her – but didn’t mention anything about her plans to retire.

Officials assumed White was armed with the corrections officer’s 9mm handgun and urged the public not to approach the “extremely dangerous” escapee, but to call 911 for any sighting.

How the capture unfolded

Authorities finally tracked the fugitive couple down on 9 May, with the 10-day manhunt ending in a police chase, car crash and Ms White allegedly shooting herself dead in Evansville, Indiana. White surrendered to authorities and was taken into custody locally before being transfered back to Alabama.

Armed with a trove of firearms, around $90,000 in cash and various coloured wigs as disguises, the couple had travelled across at least four US states and switched getaway vehicles at least four times.

The net closed in on the pair after surveillance footage captured White at a car wash in Evansville last Tuesday – where one of the getaway vehicles was also abandoned.

But, according to the car wash owner, authorities failed to act on his tip about the vehicle for almost a week all the while the fugitives were holed up in a motel opposite the local sheriff’s office.

Law enforcement officials were one step behind the fugitives from the get-go with a six-hour gap before they were even noticed missing and a getaway car taking a week to identify.

The Evansville Police Department shared footage of the aftermath of the car crash, showing the moment White was captured and Ms White was pulled from their vehicle with a gun in her hand.

Dashcam footage shows a patrol car racing to the grassy bank where the couple’s Cadillac was rammed off the road by law enforcement officers following the brief chase.

A group of officers are already on the scene and are seen pulling the six foot nine inch tall fugitive away from the car and pinning him to the ground.

White is placed in cuffs and held there for a few moments before the officers pull him to his feet and lead him away.

Dressed in in black trousers, a white t-shirt with a blue shirt open over the top and dark sunglasses, the 38-year-old is seen glancing behind him back in the direction of the car where his lover remains trapped.

The Cadillac is seen flipped on its side in a ditch by the side of the road with other officers gathered around it and no sign of Ms White.

White is alleged to have denied shooting the corrections officer, telling police: “Y’all help my wife, she shot herself in the head and I didn’t do it.” Despite his use of the term “wife”, authorities say there is no indication they were married.

Audio of a 911 call placed during the police pursuit also emerged in which Ms White purportedly told dispatchers that she had her hand on the trigger of a gun.

What we know about the prison officer and the inmate

Ms White, 56, was described by Lauderdale County Detention Center colleagues as “an exemplary employee” for the last 25 years.

“She wasn’t a big talker but if we needed something at the courthouse she was somebody we could call and make those things happen.

“That’s why myself and everybody else who knows her are just shocked by this.”

The Marshals Service said White, 38, is 6’9”, weighs approximately 330 pounds and has brown hair and hazel eyes. Authorities released additional photos of him from surveillance footage inside the jail, showing him dressed in orange prison garb with short facial hair and walking in a prison corridor.

White was handed 75-year prison sentence in 2019 for a string of violent crimes he committed in a night in 2015. He was convicted for attempting to murder his then-girlfriend, killing her dog and kidnapping her roommates, among other charges.

In 2020, he was charged in another case from 2015 for the stabbing of Connie Ridgeway in Lauderdale county. White confessed to killing the man but eventually pleaded not guilty, WAFF reported. He had also tried to escape county custody earlier.

New oil and gas at odds with green goals – report

Space, the unseen frontier in the war in Ukraine