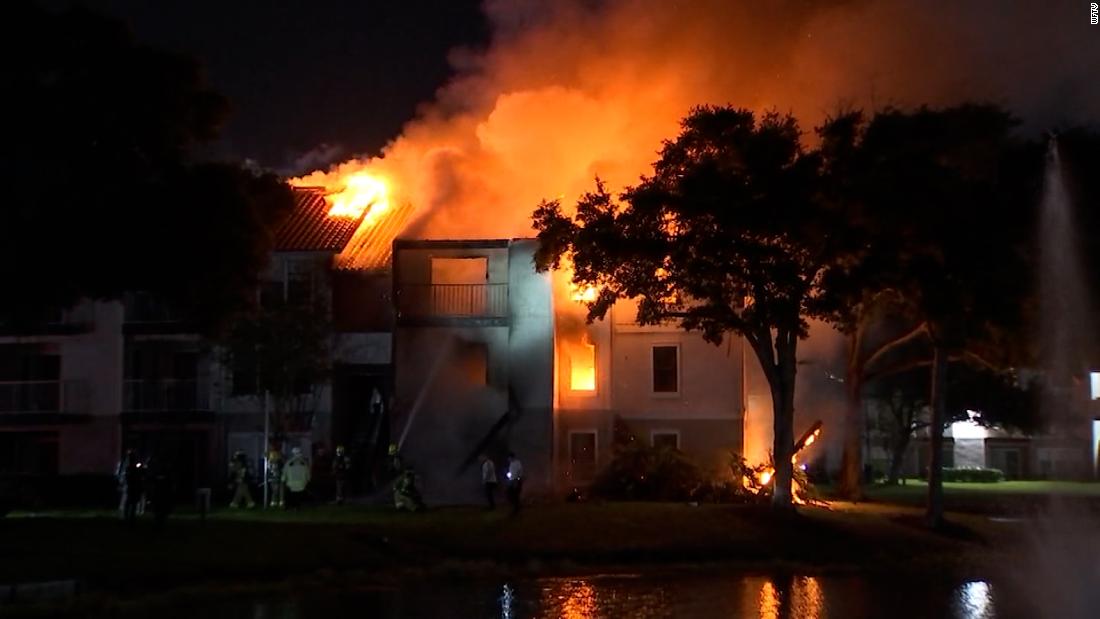 
The baby and her mother were struggling to escape after a fire broke out at the Isles at East Millenia complex, the Orange County Sheriff’s Office said in a news release.

Deputies responded to the scene just before 4:15 a.m. and found the mother and baby on a third-floor balcony with flames coming from the apartment, the news release said.

Deputy William Puzynski climbed to the second-floor balcony, grabbed the baby from her mother and lowered her to other deputies on the ground, the video shows.

“Just before climbing up the building, Deputy Puzynski took off his heavy outer ballistic vest – which his camera is attached to – to make it easier for him to climb. It’s an amazing twist of fate that the camera was able to capture what happened next,” the release said.

“When I got here, we saw the building fully engulfed. It was chaos everywhere,” Puzynski told CNN affiliate WKMG. After handing the baby to his partners, Puzynsk was also helped down, he told the news outlet.

“Afterwards when the mom came and found me, she actually gave me a hug, so it was rewarding,” he said. “It’s a different feeling. Some nights you go home, and you don’t really know if you’ve made a difference, but in situations like this you feel it.”

The baby’s mother and grandmother were rescued using a ladder, the sheriff’s office said. No casualties were reported and no deputies were injured in the fire, officials said.