For a Series on Mental Health, Subjects Had Questions, Too 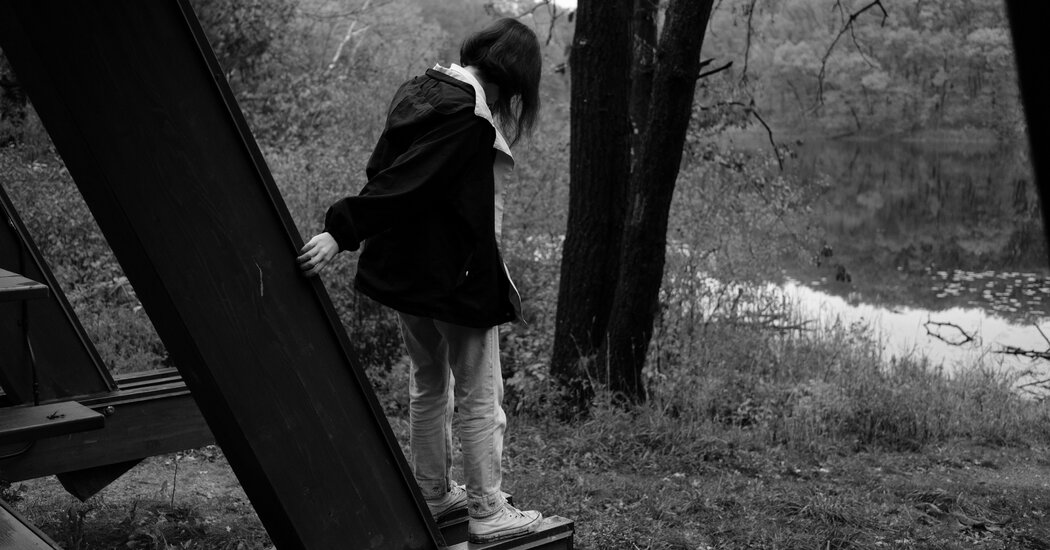 
Over more than a year of reporting “The Inner Pandemic,” a new, multipart Times project that explores adolescent mental health, I had the opportunity to listen to families and teens share wrenchingly intimate accounts of self-harm, suicide, anxiety and depression. They were helping me do the detective work to understand the experience of a young generation in profound crisis.

But somewhere along the line, I realized these families were doing their own courageous detective work. They were participating in the journalistic process to try to make sense of what was happening in their own homes, whether to themselves or to their children.

I saw a telling example last year in a small town in upstate New York. I was sitting at a restaurant with my reporter’s notebook in hand, going over my notes, when a waitress approached and asked what I was doing. I told her where I worked and that I was reporting on adolescent mental health.

“You should talk to my daughter,” she said.

The next day, I met with her and her teenage daughter, who had recently spent time in an inpatient treatment center for anxiety and depression. As the girl sat snacking on french fries, she recounted the story of her struggle, her mother sitting alongside and listening intently.

Her story gave me pause. She had been hospitalized and treated, but nothing particularly stood out to me as the cause of her intense anxiety and depression. I had heard a sufficient number of stories like hers to realize that something was missing. Then the girl turned to her mother and asked, “Would you mind if we spoke alone?”

Her mother agreed and stepped outside. The teen then revealed intense personal details of her struggle that she hadn’t yet been prepared to share with her mother for fear of causing worry. The mother later told me that she felt something good — “something very therapeutic” — had come from the interview. The parts of it that she had listened to confirmed what her daughter had told her, and my engagement with the family and previous reporting helped her to better understand the issue, she told me.

“I swore I knew my daughter like the back of my hand,” she said. She still grapples for complete answers. “It seems like if you get enough pieces, you can put the pieces together. I’m far from putting the whole puzzle together.”

In conversation after conversation, I became something of a vessel for adolescents and parents to share their grief and confusion, not just with me but with each other, and to hear their own voices.

Not everyone could identify the cause of the pain. One father described the last lucid words his daughter had said to him before she died in the intensive care unit following a suicidal overdose: “‘I can see colors,’” she told him. Our conversation occurred only two weeks after her death. The father sobbed and thanked me for listening, but it was clear that he mainly needed to hear it himself and process it.

Another parent, a mother, shared with me the painful details of her daughter’s struggle with anxiety, depression and a suicide attempt. She wanted to know: What was I learning from the experts who study adolescent mental health? Why were so many teens suffering these days?

How to Help Teens Struggling With Mental Health

Recognize the signs. Anxiety and depression are different issues but they do share some indicators. Look for changes in a youth’s behavior, such as disinterest in eating or altered sleep patterns. A teen in distress may express excessive worry, hopelessness or profound sadness.

Approach with sensitivity. If you are seeking to start a discussion with a teen who might be struggling, be clear and direct. Don’t shy from hard questions, but also approach the issue with compassion and not blame.

Get the correct diagnosis. Find the right doctor for your child by asking for recommendations. Ask the specialist about her experience treating specific conditions in children and the measurement tools she uses to make medical assessments.

Carefully consider medications. Press doctors on their experience treating children with specific drugs and make sure you understand their side effects and interactions with other treatments, as well as how to tell if a medication is working and how hard it is to wean off of it.

Don’t forget the basics. Young people, with developing brains, need eight to 10 hours of sleep to promote mental and physical health. Lack of sleep can interfere with development, and can dramatically impact mood. Physical activity is also vital.

One adolescent was gripped with terror that a sexual encounter he’d had would become known and his life would be ruined. He hadn’t told his parents, he said; he carried his fear like a time bomb. He just needed to tell someone and wonder aloud what to do.

All told, I spoke with dozens of young people, some in brief conversations that informed my thinking but won’t appear in this series of stories. I spoke to others over many months, as in the case of M, whom I first met a year ago and who shared their story in one of the first articles of the series. M was always frank, at one point revealing that they had started self-harming again; I told M that I would need to share that information with their mother, with their consent, and I did.

After each conversation, I thanked the teens and parents for sharing so much of themselves. The most frequent response was: I’m telling you this so that it may help someone else dealing with this stuff.

Some wanted to vent their anger at a medical system they felt was unequipped to deal with the crisis. They wanted a measure of validation, and justice. But as much as that, I think, they spoke with me because they wanted to try to understand, and heal, themselves.