‘Frontline’ Review: Why the Climate Changed but We Didn’t 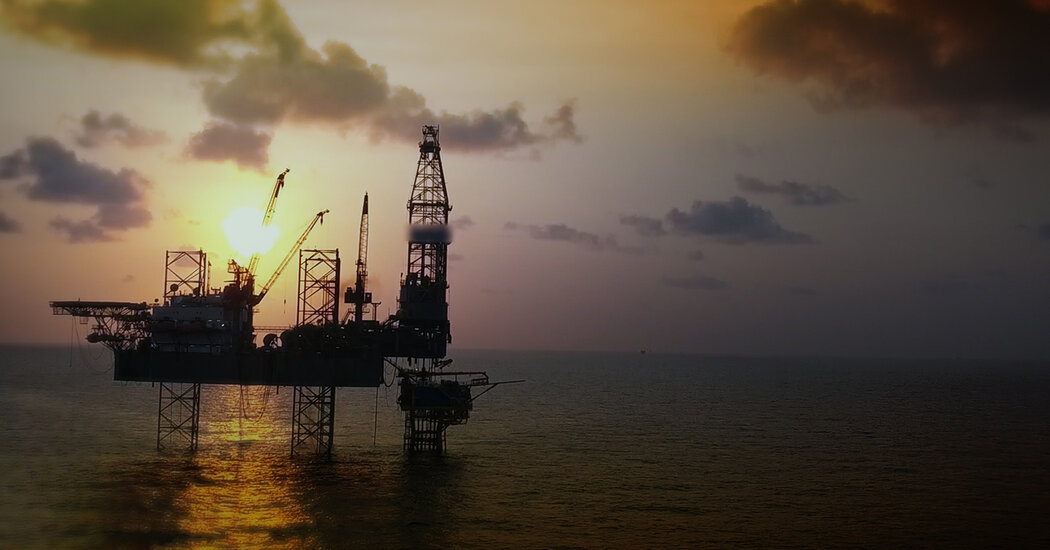 
PBS’s investigative public-affairs program “Frontline” specializes in reminding us of things we would rather forget. On Tuesday, it begins a three-part dive into climate change, that potential species-killer that has taken a back seat recently to more traditional scourges like disease and war.

Titled “The Power of Big Oil,” the weekly mini-series is focused on climate change denialism as it was practiced and paid for by the fossil fuel industry — particularly Exxon Mobil and Koch Industries — along with its allies in business and, increasingly, politics. By extension, it’s a history, more depressing than revelatory, of why nothing much has been done about an existential crisis we’ve been aware of for at least four decades.

The signposts of our dawning comprehension and alarm are well known, among them the climatologist James Hansen’s 1988 testimony to Congress, the Kyoto and Paris agreements, the documentary “An Inconvenient Truth” and increasingly dire United Nations reports. The response that “Frontline” meticulously charts — a disciplined, coordinated campaign of disinformation and obfuscation that began in industry and was embraced by conservative political groups — is less familiar but was always in plain sight.

Part of the campaign is public, a barrage of talking heads on television and op-eds and advertorials in prominent publications (including The New York Times) that do not absolutely deny global warming but portray it as the night terrors of attention-mongering eggheads. Behind the scenes, the thinly disguised lobbying groups paid for by Big Oil apply pressure on key politicians at key moments — whenever it looks as if the United States might pass legislation affecting their profits.

One lesson the show offers, almost in passing, is the way in which the refusal to accept the reality of climate change prefigured the wider attacks on science — and on knowledge in general — that were to characterize the Trump years and the response to the Covid-19 pandemic. The successful but lonely battle fought by the oil and gas industries is joined wholeheartedly by Republican politicians when they see how climate denialism, and the specter of unemployed miners and drillers, dovetails with their efforts to demonize President Barack Obama and radicalize conservative voters. At that point, the fig leaf of scientific debate is dropped and pure emotion takes over.

And the program’s larger lesson is about the shrewd manipulation of emotion. From the outset, it’s clear that the oil industry’s campaign was not about convincing us on scientific grounds, but about exploiting the basic human desire to avoid taking difficult, inconvenient action. Finding political cover to keep making huge profits was distressingly and unsurprisingly easy.

“Frontline” tries to give this sad history some dramatic tension in a couple of ways. One is prosaic and on the nose: When it needs a transition, or just an injection of feeling, the program throws in an I-told-you-so montage of wildfires, hurricanes and floods.

The other is more involved, and also more frustrating. Lobbyists, media consultants, researchers and politicians who were involved in questioning climate change testify to their actions and then offer varying degrees of apology — a series of aha moments whose sincerity is suspect and also beside the point. “Yeah, I wish I weren’t a part of that, looking back.” “I would have taken a different path.” “I can understand people saying to me, ‘You’re a traitor.’” Oh well.

(It will not escape the notice of some viewers that the people in a position to have these second thoughts are without exception middle-aged white men.)

While the foot soldiers offer their mea culpas, the program quietly notes the people and the organizations who declined to appear or comment, including Koch Industries and Lee Raymond and Rex Tillerson, the Exxon Mobil chief executives during the “lost decades” when action could have been taken to limit carbon emissions. Exxon Mobil offers a statement saying that its public pronouncements had always been “consistent with the contemporary understanding of mainstream climate science” — an understanding that it had done as much as anyone to shape.

“The Power of Big Oil” offers no comfort; it ends, in a rush, with the environmental rollbacks enacted by President Donald Trump and the energy crunch the Biden administration now faces because of Russia’s war in Ukraine. The final note is one of predictable pathos: a professor whose work facilitated the growth of fracking — and thereby extended the life of the fossil-fuel industry — wonders “what kind of hell” his grandchildren will have to pay. If they’re watching, it’s doubtful that they’ll have much sympathy.