Gird yourselves. The summer of travel chaos just got more chaotic 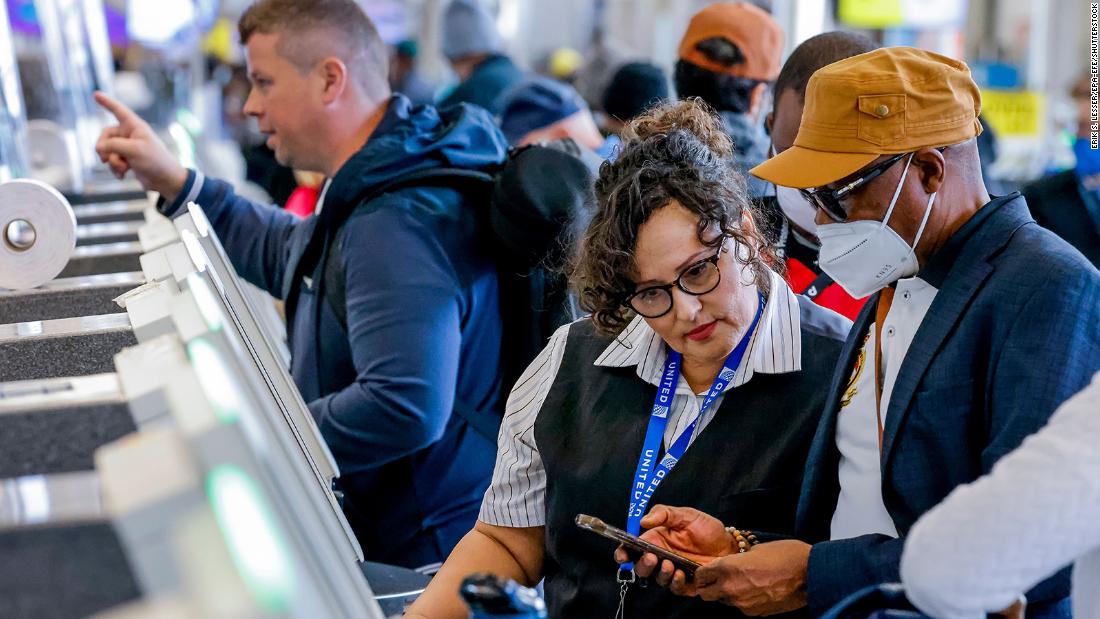 
Editor’s Note — Sign up for Unlocking the World, CNN Travel’s weekly newsletter. Get news about destinations opening and closing, inspiration for future adventures, plus the latest in aviation, food and drink, where to stay and other travel developments.

(CNN) — Temperatures are rising, Covid cases are falling, restrictions are dropping away in the blink of an eye and summer vacations are so close you can smell the sunscreen. But getting away this year won’t be easy or relaxing.

Experts are warning that the chaos travelers endured during spring holiday getaways are a harbinger of worse to come.

Anyone thinking of traveling by air in the next few months faces potential delays or cancellations as airlines struggle to rebuild capacity and workforces that shrank dramatically during the pandemic.
The US Centers for Disease Control and Prevention said Wednesday that it has asked the Department of Justice to appeal Monday’s ruling by a federal judge that struck down the mask mandate for mass transportation. The DOJ filed the appeal early Wednesday evening. Stay tuned for more on that legal struggle.

Add it all up, and we’re headed for a season of stress levels that would frazzle even the most experienced traveler. It’ll take more than the prospect of a fully reclining business class seat to keep aviation anxiety at bay.

While many of the problems are worldwide, it’s the United States where they’re being felt most acutely at the moment. With China still being subjected to regular lockdowns, America is likely on track to regain its crown as the busiest country for air traffic passenger numbers.

And it just experienced its busiest weekend since the arrival of Covid, with 6.5 million travelers passing through airport security checks from Friday through Sunday. However, not everyone boarded their scheduled flight.

Nearly 1,000 flights going in or out of the United States were canceled over the weekend, adding to legions that have failed to take off in the weeks prior.

There’s more to come, with major US airlines saying they do not have enough pilots to fly their timetables.

JetBlue and Alaska Airlines have already reduced their summer schedules. It’s likely others will need to do likewise or play fast and loose with what they’re offering their customers.

Worse still, there could be effects on air safety.

One pilots’ union — the Southwest Airlines Pilots Association, or SWAPA — recently wrote a letter to executives highlighting the rise of pilot exhaustion and warning that acute and cumulative fatigue levels were now the top risk to flight safety. Southwest Airlines has acknowledged a rise in fatigue complaints.

At the root of this issue are measures taken by airlines to stay afloat during the early days of the pandemic when fleets of passenger planes were grounded and the skies fell silent. Haemorrhaging cash, airlines quickly began offloading planes and letting go of thousands of pilots and support crews.

Pilot fatigue “is something that’s been bubbling up for awhile,” Mutean said. “And what that means is the system is really stressed right now. So many people are coming back to flying, especially over the Easter and Passover holiday weekend.”

“Airlines are generally smaller, and crews are struggling to keep up,” he said.

Compounding the problem: Some pilots have reached retirement age or decided to leave the profession, meaning that major US passenger airlines have been trying to cope with a return to 90% of pre-pandemic traffic levels but with fewer people to fly the planes.

And while air crew working hours are heavily regulated, the unions say that running pilots on their maximum hours means they’re not able to take time for stresses caused by other issues such as bad weather delays. Pilots calling in sick because of fatigue is another reason flights will get canceled.

‘It’s going to get worse’

Passengers wait in line for check-in at Manchester Airport’s Terminal 1 in England on April 16, 2022. Airports across the United Kingdom have struggled with getting flights off the ground because of staffing shortages.

To make matters worse, there have been similar problems at some airports, particularly in Europe. Scenes of chaos at UK airports over the previous couple of weeks have been partly blamed on staffing shortages as facilities struggle to fill positions that were rationalized during the pandemic.

That’s another omen of trouble ahead, says consumer advocate Christopher Elliott, who’s been monitoring the situation in the United States and Europe.
“I think it’s a preview of things to come — and I do think things are going to get worse,” says Elliott who the founder of nonprofit Elliot Advocacy.

“The summer will be chaos,” he believes — so much so that he’s advising his followers to avoid Europe in August, the peak of the peak season.

“I think we’ve been seeing some delays related to the pandemic, but I think they’re baked into the equation at this point — I don’t think that’s really a legitimate excuse,” he says.

“It’s everyone’s fault except their own. If they took a good look in the mirror, they’d realize that during the pandemic they downsized and laid staff off, and now demand has come surging back and they’re caught off guard. They haven’t been able to staff up fast enough to meet demand.”

While Alaska and JetBlue are cutting flights, the sudden surge in people wanting to buy airline tickets will present a temptation for Covid-hit airlines to try to recoup the losses of the pandemic by selling seats to meet market demands.

But while numerous airlines are currently on recruitment drives, paying top dollar to sign new pilots, there’s still the prospect that many flights in coming months simply won’t take off as scheduled.

A mix of masked and unmasked travelers make their way through Ronald Reagan Washington National Airport in Arlington, Virginia, on April 19, 2022. Navigating the latest mask changes will be challenging for travelers.

For passengers hoping to take a much-needed trip after two years of restrictions, the advice from experts is to buy tickets as soon as possible so that the airline is responsible even if the flight is cut.

“If they cancel my flight, they have to find me a new flight; if I wait, the risk is on me,” he says.

Even if passengers do get on a plane, Monday’s cancellation of the US government’s mask mandate for airplanes could further add to confusion. Many airlines have now made masks optional onboard, but rules will differ for international flights where face coverings may still be mandatory.

There’s likely to be residual uncertainty over whether mask wearing is advisable, since the latest decision countered an earlier US Centers for Disease Control and Prevention to extend the mask mandate and the situation is now under official review.

Medical experts can find themselves at odds over the need to cover up mid-flight.

Dr. Leana Wen, professor of health policy and management at the George Washington University Milken Institute School of Public Health, told CNN she personally would still be wearing a mask on planes, trains and in airports.

Broadly speaking, the Association of State and Territorial Health Officials’ chief medical officer told CNN on Tuesday that travel mask mandates should continue — at least for a little longer until the CDC has more data on the spread of the BA.2 subvariant.

“We think that mask-wearing on interstate transportation is still an important intervention that’s worth continuing,” said Dr. Marcus Plescia, chief medical officer at the Association of State and Territorial Health Officials.

“The biggest concern is, we want people to be safe and we’re concerned that we’re not through the pandemic yet as much as people want to be, and (Covid-19) rates are starting to tick back up,” Plescia said.

People wait in line to get a vehicle at the Avis desk at Miami International Airport Car Rental Center on April 12, 2021. Travelers might find long waits and sky-high prices this year, too.

Zane Kerby, president of the American Society of Travel Advisors, warns there could be further headaches at the destination. For instance, take car rentals — another industry struggling to handle its post-pandemic pivot.

“It could be worse than last year,” he warns. “There are popular destinations in the US — Honolulu, LA, South Florida — where prices have spiked to unbelievable levels.”