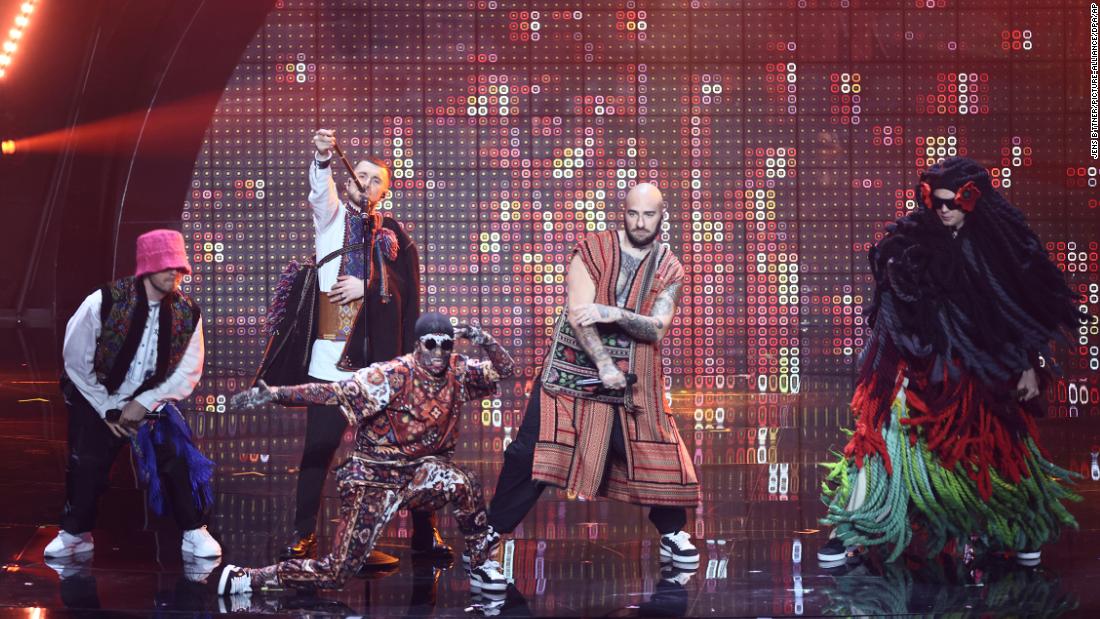 
The Grand Final is set to take place Saturday, following the second of two semifinals, which is set to happen on Thursday in Turin, Italy.

Kalush Orchestra, representing Ukraine, is heavily favored to win, according to Johnny Weir, who hosted the US coverage of the musical competition on streaming service Peacock.

Back in February, organizers for Eurovision caved to public pressure and decided that Russia would not be allowed to compete in the competition. The European Broadcasting Union, which organizes the contest, had initially decided it would allow a performer to represent the country, despite the country’s invasion of Ukraine. It changed course less than 24 hours later.

“The decision reflects concern that, in light of the unprecedented crisis in Ukraine, the inclusion of a Russian entry in this year’s Contest would bring the competition into disrepute,” a statement released at the time said in part.

Ukraine and others had petitioned to the European Broadcasting Union to bar Russia from participating.

Kalush Orchestra had finished second in the national Ukraine final but won the public vote. They were ultimately selected to replace Alina Pash, who dropped out of the contest amid controversy over a trip she made to Russia-controlled Crimea.

Seventeen countries performed in the first round of semis and 18 are set to take the stage next.

In the final, the qualifying 20 countries will perform along with the so-called Big Five (France, Germany, Italy, Spain and the United Kingdom), the countries that gain automatic entry into the final. The host country is also given a spot in the final, but this year’s host, Italy, was already included.