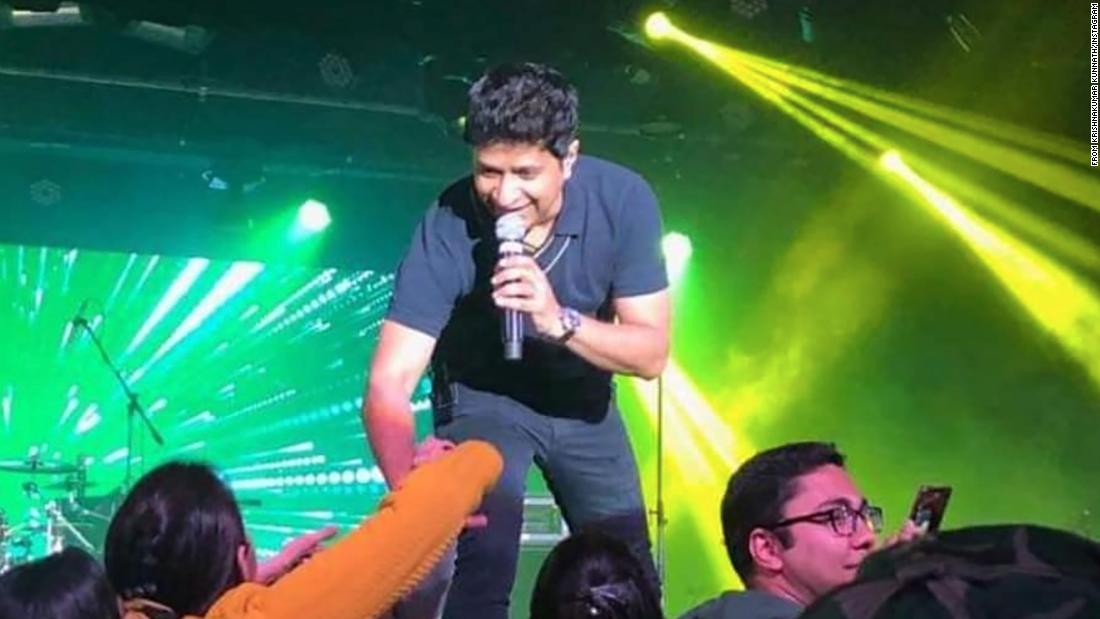 Just hours before his death on May 31, the acclaimed 53-year-old singer performed at a concert in Nazrul Mancha, a venue at the Sir Gurudas Mahavidyalaya college in the eastern Indian city of Kolkata.

Kunnath’s work as a playback singer — a vocalist whose songs are pre-recorded for use in films — made him famous in the country and throughout the diaspora, as he lent his voice to hundreds of Bollywood films. He became a popular household name after the 1999 release of his first solo album, “Pal.”

Tributes to the late singer began to pour out across social media as soon as news of his passing broke, including one from the country’s Prime Minister Narendra Modi.

“Saddened by the untimely demise of noted singer Krishnakumar Kunnath popularly known as KK. His songs reflected a wide range of emotions as struck a chord with people of all age groups. We will always remember him through his songs. Condolences to his family and fans. Om Shanti,” Modi said.

Indian actor Akshay Kumar said in a tweet, “Extremely sad and shocked to know of the sad demise of KK. What a loss! Om Shanti.”

Filmmaker Vivek Agnihotri said he was “so sad” to hear of Kunnath’s death, noting that he sang the first song on his first film, and had been a “great friend” ever since.

“Why so early, KK, why? But you have left behind a treasure of a playlist. Very difficult night. Om Shanti. Artists like KK never die,” Agnihotri said.

Born in August 1968 in New Delhi, Kunnath graduated from Delhi University’s Kirori Mal College, before jumpstarting his career by singing for jingles for advertisements, according to CNN affiliate, News18.