Jimmy Carter, at 97, Steps Into a Big Fight Over a Small Road in Alaska 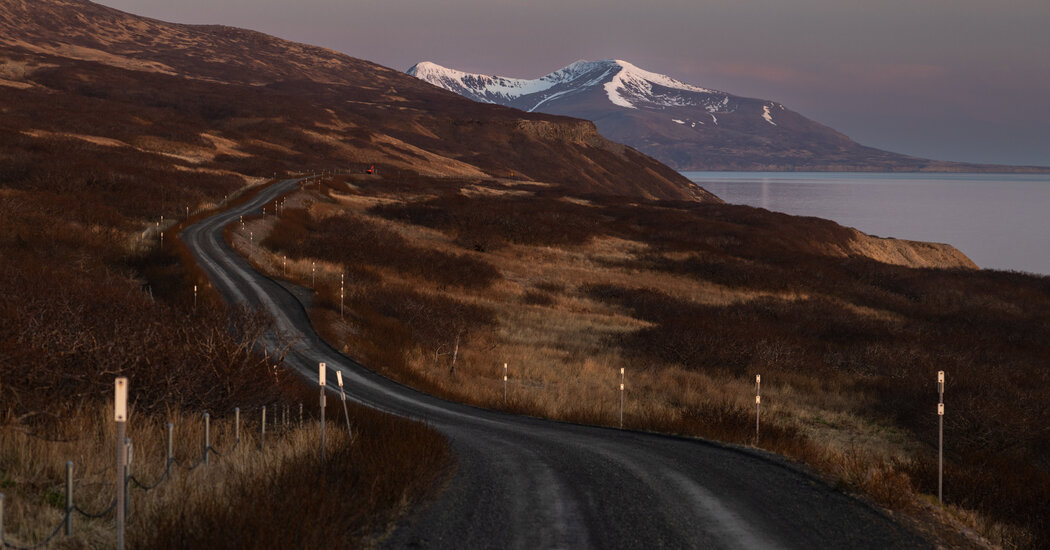 
By Alaskan standards, the gravel road that an isolated community near the Aleutian Islands wants to build to connect to an airport is not a huge project. But because it would be cut through a federal wildlife refuge, the road has been a simmering source of contention since it was first proposed decades ago.

Now, the dispute is boiling over. And none other than former President Jimmy Carter, 97, has weighed in.

Residents of King Cove, and political leaders in the state, who argue that the road is needed to ensure that villagers can get emergency medical care, see the potential for a long-sought victory in a recent federal appeals court ruling that upheld a Trump-era land deal that would allow the project to move forward.

Conservation groups, who say the project is less about health care and more about transporting salmon and workers for the large cannery in King Cove, fear that more is at risk than just the Izembek National Wildlife Refuge, 300,000 acres of unique habitat for migratory waterfowl, bears and other animals.

They say the ruling guts a landmark federal law that protected the refuge and 100 million more acres of public lands across the state, and that, if it is allowed to stand, future secretaries of the interior could carve up those lands practically at will. And they are disappointed in the Biden White House, which defended the previous administration’s land deal in court.

Enter the 39th president of the United States, a Democrat who left office 41 years ago.

In a rare legal filing by a former president, Mr. Carter this month supported an appeal by conservation groups to have a larger panel of the Ninth Circuit Court of Appeals rehear the case. He wrote that the earlier ruling by a three-judge panel “is not only deeply mistaken, it’s dangerous.” The panel voted, 2-1, to uphold the land deal, with two Trump-appointed judges in favor.

In the legal brief, Mr. Carter noted that he had been many things in his life — among them farmer, Sunday school teacher and recipient of the Nobel Peace Prize — but that he was not a lawyer.

Yet he has expertise, and a vested interest, in the matter. As president, he pushed for and signed the law in question, the Alaska National Interest Lands Conservation Act, known as Anilca, in 1980.

In response to questions from The New York Times, Mr. Carter wrote that the law “may be the most significant domestic achievement of my political life.”

“Our great nation has never before or since preserved so much of America’s natural and cultural heritage on such a remarkable scale,” he added.

With a population of about 800, many of them Natives, King Cove lies 600 miles from Anchorage in an area known for its nasty weather. It has a small gravel airstrip, but to get to Anchorage villagers have relied on a larger, all-weather airport at Cold Bay, on the other side of a bay.

A road from King Cove to Cold Bay, which would be about 40 miles long in total, was first discussed in the mid-1970s, since travel by small plane or boat wasn’t always possible or fast enough for emergencies. “We were not able to get our loved ones out of there in bad storms, which are pretty frequent,” said Henry Mack, the community’s longtime mayor, who left office last fall.

Over the years alternatives were considered, including an all-weather ferry and a dedicated helicopter service. At one point King Cove received millions of federal dollars to buy a fast hovercraft, and a road was built to a landing site near the refuge. The hovercraft handled about two dozen evacuations for several years before being abandoned in 2010 as too costly and incapable of operating in high seas or winds.

The full road remained the dream. But it would have to run for at least 11 miles through the refuge, an area with delicate wetlands containing some of the world’s largest beds of eelgrass, which attract black brants and other migratory geese.

Until President Trump took office in 2017, the proposal that had made the most headway was one in which the state and the local Native village corporation would swap acreage elsewhere with the federal government for a corridor through the refuge.

The exchange was authorized by Congress during the Obama administration, but was rejected by Sally Jewell, then the interior secretary, after a review found it would cause irreversible damage to the refuge and its wildlife.

Once Mr. Trump entered the White House, however, the land swap idea was revived, this time by Mr. Trump’s interior secretaries, who bypassed Congress. Ryan Zinke made an agreement with the village corporation in 2018, and when it was rejected by courts in response to a lawsuit by conservation groups, Mr. Zinke’s successor, David Bernhardt, made a similar deal in 2019.

The groups sued again, and a Federal District Court judge threw out Mr. Bernhardt’s land swap in 2020. It was this ruling that was overturned by the three appeals court judges in March.

The majority opinion found that Mr. Bernhardt had acted appropriately in concluding that “the value of a road to the King Cove community outweighed the harm that it would cause to environmental interests.”

But to Mr. Carter and others, the majority’s reasoning was flawed. In passing Anilca, Mr. Carter wrote in the legal brief, Congress was designating lands for two purposes: conservation, and subsistence use by rural residents. The law did not give the Secretary of Interior discretion to consider economic and social benefits.

David Raskin, president of Friends of Alaska National Wildlife Refuges, the lead plaintiff in the case, was blunt. “The two Trump judges rewrote Anilca,” he said

Bridget Psarianos, a lawyer with Trustees for Alaska, which is representing the conservation groups, said that under the law there were clear procedures by which individuals or private groups could petition to build a road.

Hurricanes and air pollution. A new study found that particulate air pollution has a significant effect on the frequency of hurricanes. Over the past four decades, the decline in air pollution in North America and Europe was associated with a rise in the number of hurricanes; increasing pollution from growing economies had the opposite effect.

“Besides letting the secretary just kind of redraw the boundaries of our national parks, refuges and wilderness areas for economic purposes,” Ms. Psarianos said, by nullifying these procedures the court ruling “also wipes an entire chapter of Anilca off the map.”

“It was a surprise to see them continuing to defend this case,” Ms. Psarianos said. “It seems so clear to us that it was a Trump administration public lands grab.”

An Interior Department spokeswoman said the agency had no comment on the road issue.

Deb Haaland, the current interior secretary, visited King Cove last month, accompanied by Senator Lisa Murkowski, a Republican and supporter of the road, and listened to villagers describe their need for it. At a news conference the next day, Ms. Haaland said she was undecided.

Marylee Yatchmeneff, mother of three young girls, was one of the villagers who spoke during Ms. Haaland’s visit. In an interview, she said her 1-year-old, Evelyn, had already been evacuated seven times to Cold Bay for flights to Anchorage for urgent medical care. In bad weather, helicopters had been called in for the flights across the bay, and once they made the trip on a fishing boat.

Even when the weather was good, she said, they often had to wait at King Cove’s small clinic for hours until daylight, when the airstrip could be used. “If there was a road we could just drive to Cold Bay, where the medevac plane would be there waiting” for the flight to Anchorage, she said.

Opponents of the road say it would be as risky and dangerous, and perhaps more so, than travel by air or water, especially at night and in winter. Alternatives like improved helicopter service or a ferry would be better, they say.

Last week, the Ninth Circuit requested that lawyers for King Cove and the Biden administration respond within 21 days to the conservation groups’ appeal for a rehearing.

Ms. Psarianos said that was encouraging. “We’re hopeful that it means that at least some of the judges see some of the many, many problems with the panel’s decision,” she said.

In his brief, Mr. Carter wrote that he, like many Americans, had experienced Alaska’s public lands many times. In his response to The Times’s questions, he described one visit, to the Arctic National Wildlife Refuge, one of the largest expanses of wilderness in the United States, as “one of the most unforgettable and humbling experiences” of his life.

“We had hoped to see a few caribou during our trip, but to our amazement, we witnessed the migration of tens of thousands of caribou with their newborn calves,” he wrote.

But Anilca held significance beyond the protections it provided such lands, Mr. Carter said. Passage of the law, he wrote, was a result of a consensus-building, bipartisan approach to governing.

“We brought together all stakeholders to the table, including Democrat and Republican congressional leaders,” he wrote. “We listened; we had respectful discussions; we sought thoughtful resolutions.”

“We did not demonize, rather we achieved a practical, enduring solution. This is how the legislative process works for the best interests of our nation.