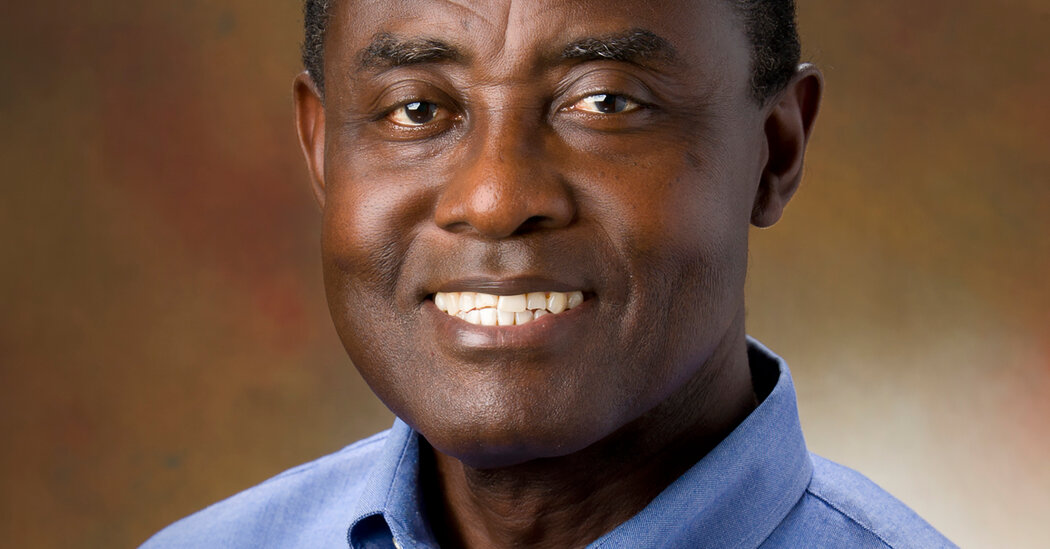 
In his native Ghana, Dr. Ohene-Frempong established a pilot program to provide screening for sickle cell disease among newborns in the southern city of Kumasi. It was the first such program in sub-Saharan Africa. In addition to identifying children with the illness, the program referred them to specialized clinics that provided treatments like antibiotics to prevent infections, routine immunizations and a drug, hydroxyurea, that can reduce the risk of complications from sickle cell.

Kwaku Ohene-Fremong was born on March 13, 1946, in Kukurantumi, in eastern Ghana, to Kwasi Adde Ohene and Adwoa Idi Boafu. His father was a cocoa farmer and a prominent member of a royal family.

Kwaku attended a boarding school, Prempeh College, then went to Yale University, where he majored in biology and was captain of the track and field team, setting indoor and outdoor records in the high hurdles. While a student, he met Janet Williams, who was attending Cornell University. They married on June 6, 1970, one week after they had both graduated.

Dr. Ohene-Frempong said in an interview in 2019 that he first found out about sickle cell when he and some friends attended a lecture about the disease at Yale. As he sat listening, he said, he suddenly recognized the disease: It was in his family but had gone undiagnosed. One of his cousins had the symptoms and died at 14.

“He was in pain,” he said of his cousin. “His eyes were very yellow, and he was very skinny.”

Dr. Ohene-Frempong continued on to medical school at Yale, then went to New York Hospital Weill-Cornell Medical Center in Manhattan for his residency. He studied pediatric hematology at the Children’s Hospital of Philadelphia before moving to the Tulane University School of Medicine, where he was associate professor of pediatrics.

In his six years at Tulane, he established the Tulane Sickle Cell Center of Southern Louisiana, a medical care facility, and helped the state health department develop a newborn-screening program for the disease.

In 1986, Dr. Ohene-Frempong returned to Children’s Hospital and remained there for 30 years before leaving to work full time in Ghana, at the Kumasi Center for Sickle Cell Disease, a research and treatment center. He was still based there when he returned to Philadelphia for cancer treatment.

New oil and gas at odds with green goals – report

Space, the unseen frontier in the war in Ukraine