Omicron Was More Severe for Unvaccinated Children in 5-to-11 Age Group, Study Shows 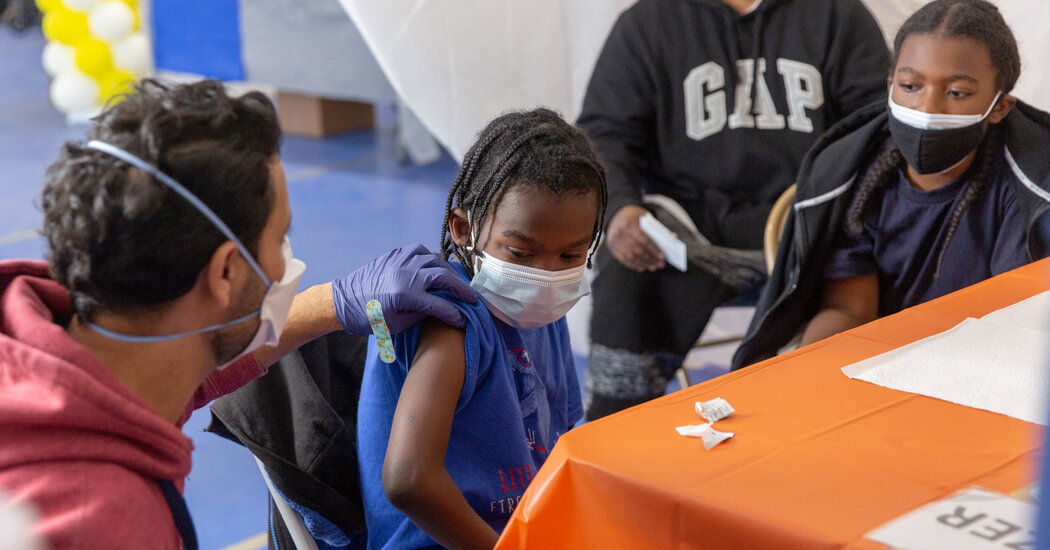 The study was the latest to demonstrate that vaccines help keep children out of the hospital with Covid, despite the shots losing some of their potency at stopping infections from the Omicron variant.

But the C.D.C. report, based on data from hospitals serving about 10 percent of the U.S. population across 14 states, also offered some of the strongest evidence to date that racial disparities in childhood vaccination might be leaving Black children more exposed to severe illness from Covid.

Census Bureau estimates from 2020 suggest that Black children made up about 14 percent of U.S. residents from 5 to 11 years old. But it is not clear whether the areas covered in the C.D.C. study are representative of the country’s population, making it difficult to precisely measure any disparities.

The agency has not reported nationwide data on the race or ethnicity of vaccinated children, making it difficult for researchers to examine gaps in protection.

Seven states and Washington, D.C., report race data for vaccinated children from 5 to 11. Black children were inoculated at lower rates than white children in most, but not all, of those states, an analysis by the Kaiser Family Foundation found this month. Asian children tended to have the highest vaccination rates, the analysis found, and Hispanic children were inoculated at rates lower than or similar to those of white children.

Among all U.S. residents, Black people remain less likely than white people to be vaccinated, though the gap has grown smaller over the course of the vaccination campaign.

Children are protected in far smaller numbers: Only about a third of children from 5 to 11 have at least one vaccine dose, the lowest rate of any age group. And the pace of vaccinations in that age group has slowed considerably in recent weeks.

The C.D.C. study covered the period from mid-December to late February, during which about 400 children were hospitalized with Covid at the select hospitals participating in the study. Almost 90 percent of them were unvaccinated. The report said that roughly a third of the children had no underlying medical conditions and a fifth were admitted to an intensive care unit.

Among the children who tested positive for the virus before or during their hospitalization, three-quarters of them were admitted primarily for Covid, rather than other illnesses, the C.D.C. said.

The agency said that Omicron appeared to be causing less serious illness in children than the Delta variant, as was the case for adults, but that Omicron was so contagious and infecting so many children that they were hospitalized at higher rates during the Omicron surge.

Infected children are far less likely to become seriously ill, compared with adults. But because the youngest children (under age 5) do not yet qualify for vaccination and older children are inoculated at much lower rates, children overall are somewhat less protected from the virus than adults.