One Last Push: Climate Activists to Rally at White House and Across U.S. 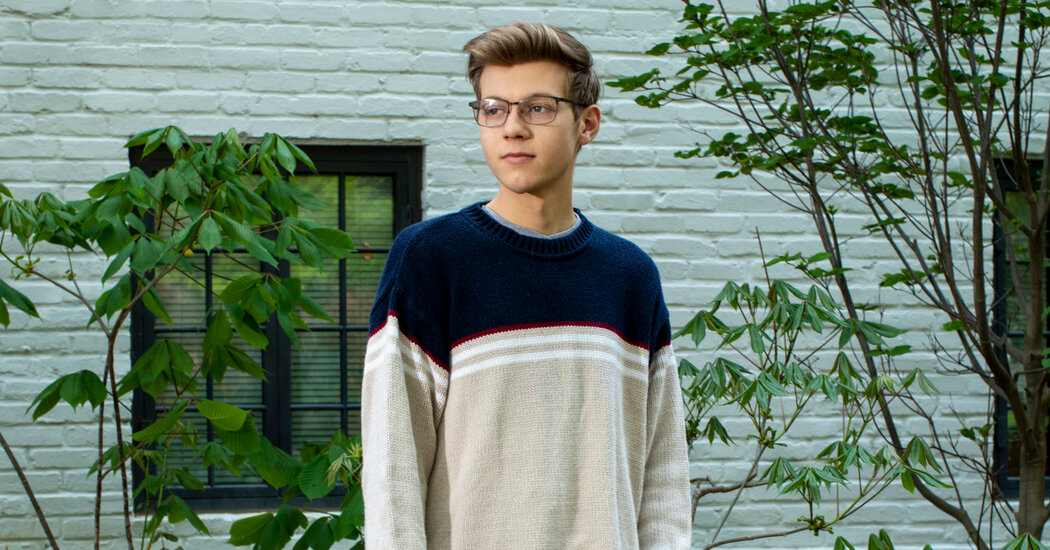 
WASHINGTON — Joe Biden was not Vincent Vertuccio’s first choice for president. But as a high school student on Long Island, Mr. Vertuccio organized hundreds of young people to help elect him, driven by a single issue: climate change.

On Saturday, the day after Earth Day, Mr. Vertuccio expects to be outside the White House at one of dozens of “Fight for Our Future” rallies planned in cities across the country to press the government to cut the pollution that is dangerously heating the planet.

Organizers of the events are bringing together a broad coalition of youth activists, labor unions, civil rights groups and mainstream environmental organizations to urge the president, Congress and state legislatures to take aggressive climate action.

They worry that time is running out — both for the atmosphere, which is rapidly warming to dangerous levels, and for legislative action to mitigate the damage. Many supporters believe that after Memorial Day, Washington’s focus will shift to the November midterm elections, making it nearly impossible for lawmakers to negotiate major legislation.

Failure to act will undoubtedly have political ramifications for Mr. Biden and his party, jeopardizing support from young voters who turned out in record numbers in 2020 to help Democrats secure control of the White House and Congress.

“Young people elected Joe Biden to take action,” Mr. Vertuccio said. “If we do not see climate action taken, I think that will be a massive betrayal from the Democratic Party to young people.”

In interviews with more than a dozen people who have been lobbying, protesting and mobilizing support for climate legislation, most said they are seeing despair among their peers.

Mr. Biden, who came into office promising urgent action on what he called the existential threat of climate change, has seen his ambitious plans pass the House but then get watered down and stuck in the Senate because of unified opposition from Republicans as well as Senator Joe Manchin III, Democrat of West Virginia, a powerful swing vote in an evenly divided chamber. Meanwhile, the conservative majority on the U.S. Supreme Court is poised to rule on a case that could sharply limit Mr. Biden’s plans to use executive authority to enact tough new rules on greenhouse pollution from power plants and automobiles.

And spiking gas prices because of the war in Ukraine have led Mr. Biden to take steps that are anathema to climate activists. He released a record amount of oil from the Strategic Petroleum Reserve, pleaded with oil and gas companies to step up drilling and temporarily loosened environmental rules to allow gasoline blended with ethanol to be sold during the summer months, when it is ordinarily banned because of concerns that it contributes to smog. He said he would open more public lands to drilling, reversing a promise he made during his campaign. The fossil fuel industry, which was on the defensive a year ago when it came to climate politics, is now newly emboldened.

As all this took place, the United Nations released a landmark report in which top scientists from around the world warned that time is running out for countries to pivot away from fossil fuels or face a future of climate catastrophe.

Rob Sherrell, an oceanographer and professor at Rutgers University, said he has been talking to students about the threat posed by climate change, including that of rising seas, wildfires and extreme storms, since the 1980s. “We’re in severe danger and I’m honestly very scared,” he said. “Our government has done virtually nothing about this problem for decades now.”

Dr. Sherrell plans to attend the Washington rally along with his students, who are filling a bus for the trip.

“There is a lot of malaise,” Dr. Sherrell said. “Students are exhausted and they’re demoralized.” Without legislation, he added, Mr. Biden and Democrats “are going to lose the support of the next two generations of people, and I hate to think what that means.”

Analysts agree. “There are real implications for the president,” said Abby Kiesa, deputy director of the Center for Information & Research on Civic Learning at Tufts University. In 2020 the center found that voters between 18 and 29 played a critical role in Mr. Biden’s election, favoring him over President Trump by 61 percent to 36 percent.

Young voters overwhelmingly cited climate change as one of their three top issues, Ms. Kiesa said. And those who prioritized it exhibited what she called a “high civic readiness” — a likelihood to be involved in local and national organizations.

“These are young people who are clearly engaged,” she said.

She said many are worried that the climate provisions in Mr. Biden’s legislation — including $550 billion in clean energy tax credits to speed the transition to electric vehicles as well as wind, solar and other clean energy — “will die in darkness” as priorities like the war in Ukraine occupy center stage.

Ms. Goldfuss, an organizer of the event, said she fears the fragile alliance among disparate groups that support climate action — which during the Obama era was often divided — could break apart again if legislation does not pass.

“You’ll have a set of youth organizers who we’ve been working with closely who feel the system is broken and needs to be blown up, who will no longer see any opportunity in working with either party,” she said.

Mr. Biden will speak in Seattle on Friday to highlight the efforts his administration has made on climate aside from legislation. Those include a major push on solar and offshore wind development, new regulations to curb carbon dioxide from tailpipes and methane from oil and gas wells, and a ban on hydrofluorocarbons — Earth-warming chemicals used in air-conditioning and refrigeration. He will also on Friday sign an executive order creating an inventory of mature and old-growth forests on federal lands, and establish what the White House calls “climate-smart management and conservation strategies” for those forests.

“We really hope to hear they are ready to make good on the promises that President Biden ran on,” said Betamia Coronel, an organizer in New York with the Center for Popular Democracy advocacy group.

Ramon Cruz, president of the Sierra Club, said activists upset with the Biden administration are misdirecting their anger.

Fossil fuel companies and lawmakers who are blocking legislation “should be the target of our frustration and anger, not the people who are trying to do something,” Mr. Cruz said.

Organizers of the Washington rally have tightly choreographed the event in concert with the White House, lining up speakers from the administration including Ali Zaidi, the White House deputy national adviser, to try to deflect blame away from Mr. Biden.

John Paul Mejia, 19, a spokesman for the Sunrise Movement, a climate advocacy organization, got involved after living through Hurricane Irma in his hometown, Miami, and witnessing firsthand the challenges poorer communities faced.

He called passing climate legislation “the fight of my generation” and spoke of the “gut-wrenching uncertainty about the people and places I love being here tomorrow” as sea-level rise, violent storms and floods menace Miami.

“Young people gave this administration a bold mandate for action on climate,” Mr. Mejia said. He said he does not regret supporting Mr. Biden, but sidestepped when asked if he would do so in 2024.

“I can’t say that President Biden has acted with enough diligence and clarity that meets the weight of this moment,” he said. “I’ll have to decide that when he’s running.”