Rebuilt railway bridge a symbol of hope for Ukraine 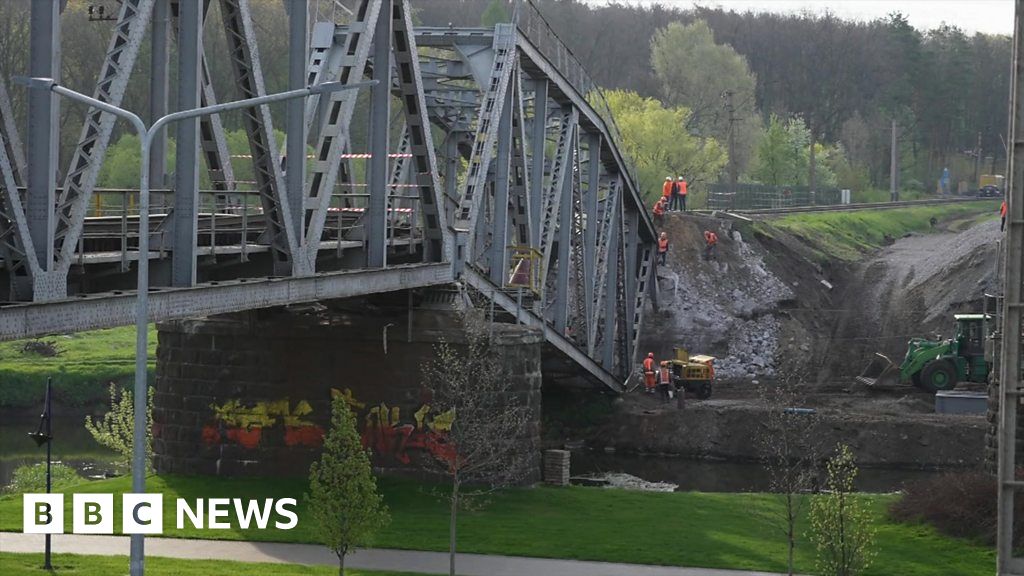 
Railways are increasingly being targeted by Russian forces in the war in Ukraine, but one line close to Kyiv has been restored in just a month.

A railway bridge that connected the once Russian-occupied towns of Irpin, Bucha and Borodyanka with the capital has now been rebuilt – a symbol of hope for devastated communities.

BBC Kyiv correspondent James Waterhouse has been on the first train on the restored route.

Camera and editing by Duncan Stone, produced by Hanna Chornous and Siobhan Leahy.