Reprogrammed Cells Attack and Tame Deadly Cancer in One Woman 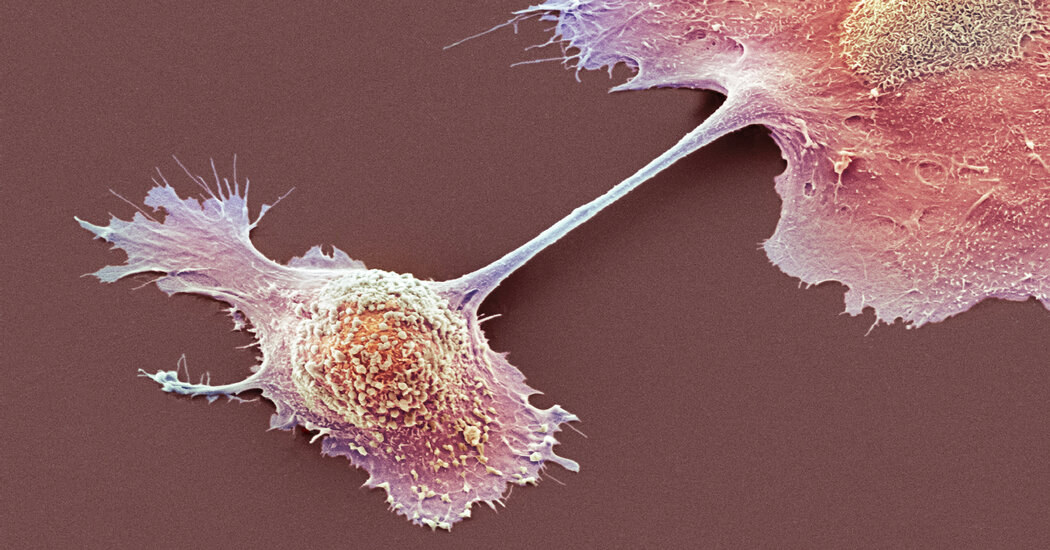 “I would like to see liver lesions go away,” Dr. Jaffee said.

Kathy Wilkes, the patient who was successfully treated, is 71 and lives in Ormond-by-the-Sea, Fla. It is too soon to know if the cancer will come roaring back.

Progress in the field. In recent years, advancements in research have changed the way cancer is treated. Here are some recent updates:

Chemotherapy. A quiet revolution is underway in the field of cancer treatment: A growing number of patients, especially those with breast and lung cancers, are being spared the dreaded treatment in favor of other options.

Leukemia. After receiving a new treatment, called CAR T cell therapy, more than a decade ago, two patients with chronic lymphocytic leukemia saw the blood cancer vanish. Their cases offer hope for those with the disease, and create some new mysteries.

Esophageal cancer. Nivolumab, a drug that unleashes the immune system, was found to extend survival times in patients with the disease who took part in a large clinical trial. Esophageal cancer is the seventh most common cancer in the world.

“This lady had had all of the available treatments and was failing,” said Dr. Jarnagin, who did not treat Ms. Wilkes but reviewed her case. Usually, in such cases, the cancer has developed resistance to any additional treatments.

“For most in that situation the cancer is going to win — soon,” he said.

Ms. Wilkes first noticed symptoms that were later attributed to pancreatic cancer in 2015. She was tired, lethargic and had bouts of intense pain. At first, tumors did not appear on scans. But by early 2018, a tumor showed up — a 3.5-centimeter mass in the head of her pancreas.

The cancer was gone from her pancreas, but nodules appeared in her lungs — metastases. The chemotherapy and radiation continued throughout 2018.

“I just went through with it. I certainly wasn’t ready to die,” Ms. Wilkes said. “I had this voice inside saying, ‘You can best this one.’”