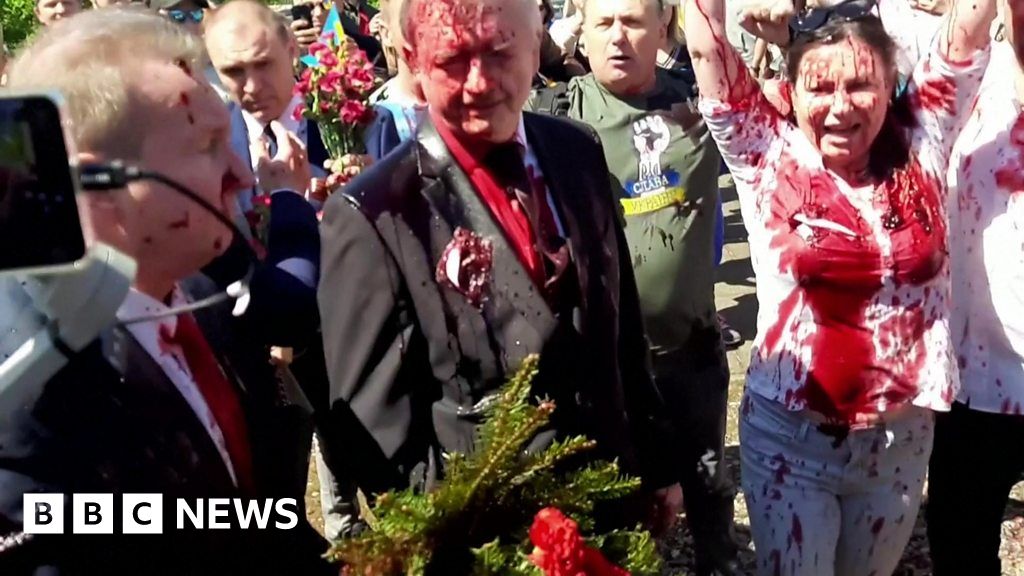 
Russia’s ambassador to Poland has had what appears to be red paint thrown over him during a ceremony for Soviet soldiers in Warsaw.

It was carried out by people protesting Russia’s invasion of Ukraine – they later told Polish broadcaster TVN24 the red substance symbolised the blood of Ukrainians.

Watch the moment it happened.

This video has no sound