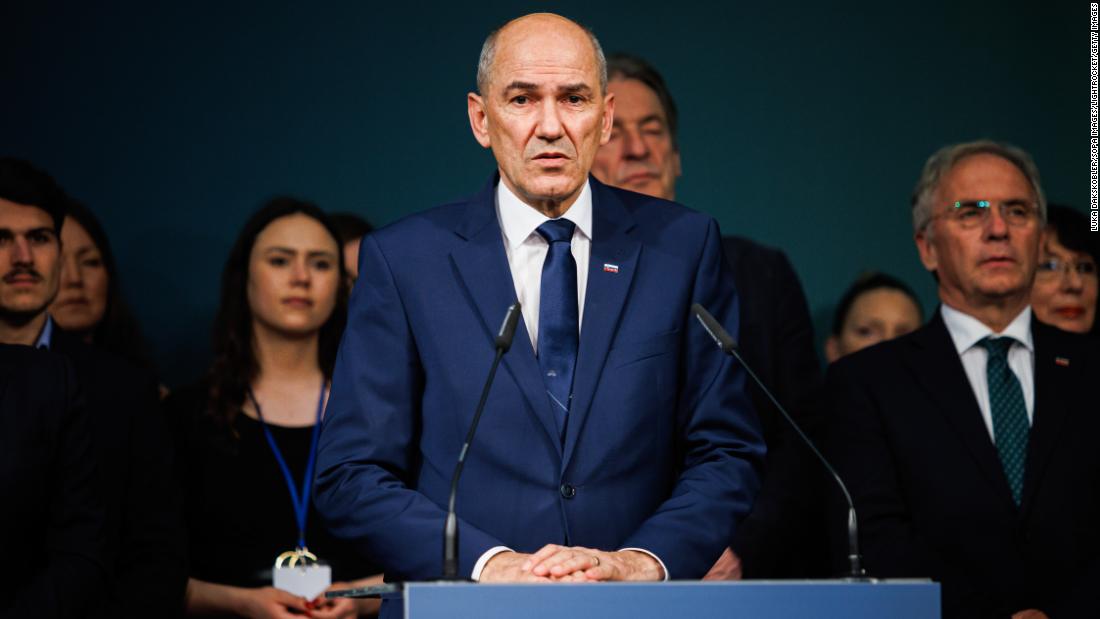 Janša, who had hoped to win a fourth term in office, conceded that he had been defeated in the vote, adding however that his SDS party had secured more votes than ever before.

“The results are what they are. Congratulations to the relative winner,” Janša said, addressing his supporters.

The election had been expected to be tight but the official preliminary figures showed the Freedom Movement, a newcomer in the election, leading with 34.34% of the vote, far more than expected, while the SDS secured 23.83%, based on 98.20% of counted ballots.

That would give the Freedom Movement, which campaigned on a transition to green energy, an open society and the rule of law, 40 seats in the 90-seat parliament, and the SDS 28 seats.

The turnout in the vote, in which some 1.7 million people were eligible to cast their ballots in the small Alpine country that is a member of the European Union and the NATO military alliance, was 68%, the election commission said.

Experts said that was well above the national average.

“The biggest winner is of course the Freedom Movement,” said Peter Merše, a political analyst. “Slovenia is once again experimenting with new faces, with people we have hardly even heard of before.”

The Freedom Movement, which was formed last year, is led by Robert Golob, a former executive of a state-owned energy company that launched green energy projects.

In order to form a government, it is expected to form a coalition with the left-leaning Social Democrats and Left parties, which are currently set to have together 12 seats in parliament.

Golob, 55, who is believed to have contracted Covid-19, thanked his celebrating supporters for the historical turnout via a video call.

“It does not mean that we are the unique ones, it means that people really want change,” he said. “So today people are dancing but tomorrow is a new day. Tomorrow we start working hard to justify trust.”

Janša, the 63-year-old populist who has clashed with Brussels over media freedoms and been accused by opponents of undermining democratic standards, which he has denied, said the new government will face many challenges and he hoped it will be up to the task.

Many people interviewed by Reuters said they wanted change.

“We do not want these politicians in power anymore,” said Milena, 58, who cast a ballot in the capital, Ljubljana. “The last two years have been desperate in every way. We want new faces, we want normality and stability.”