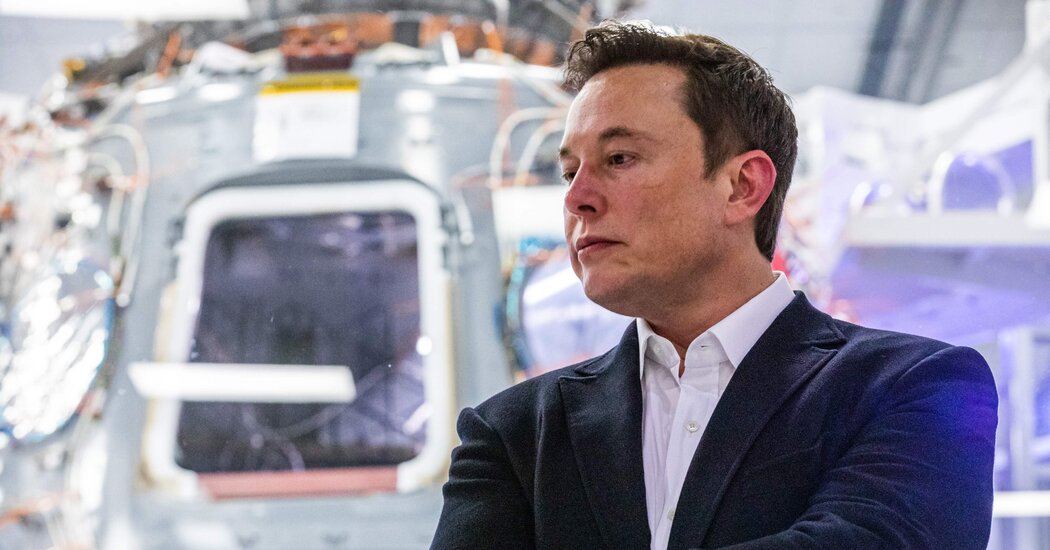 
A top executive at the rocket maker SpaceX said she “personally” believed that sexual harassment accusations against Elon Musk, the company’s founder and chief executive, were false, according to a companywide email, which was obtained by The New York Times.

In the email, which was sent Friday, Gwynne Shotwell, SpaceX’s president and chief operating officer, said she had worked closely with Mr. Musk for 20 years and had “never seen nor heard anything resembling these allegations.” She added, “Anyone who knows Elon like I do, knows he would never conduct or condone this alleged inappropriate behavior.”

Ms. Shotwell was addressing an article by Business Insider last week that said Mr. Musk propositioned a flight attendant for a sexual massage during a flight to London in 2016. He also exposed himself to the attendant and offered her a horse, according to the article, the details of which were not independently verified by The New York Times.

The unidentified woman hired an employment lawyer in 2018 and sent a complaint to SpaceX’s human resources department, according to Business Insider. SpaceX settled later that year, paying the woman $250,000 in exchange for a promise not to sue over the claims.

Mr. Musk last week said on Twitter that the accusations were “utterly untrue.”

A SpaceX spokesman did not respond to a request for comment about Ms. Shotwell’s email, which was earlier reported by CNBC. Two people who saw the memo shared it with The Times.

I want to directly address the story that mentions our company and CEO with serious allegations. Let me be clear — SpaceX does not tolerate harassment of any kind — I am saying ZERO tolerance. We firmly believe everyone at SpaceX deserves to be treated with respect. And every accusation of harassment is taken very seriously, regardless of who is involved. HR thoroughly investigates all claims that are brought to their attention and takes appropriate disciplinary action. If you have any questions or concerns about this policy or our workplace, please reach out to me, your manager or your HR rep.

Admittedly this is a difficult topic to navigate. It’s natural to have questions and to want definitive answer. For privacy reasons I will never comment on any legal matters involving employment issues. However, what I can share is that Elon has made a public statement via Twitter that the allegations are utterly untrue. Personally, I believe the allegations to be false; not because I work for Elon, but because I have worked closely with him for 20 years and never seen nor heard anything resembling these allegations. Anyone who knows Elon like I do, knows he would never conduct or condone this alleged inappropriate behavior.

I believe SpaceX is an extraordinary place to work because of you. And I remain committed to ensuring it’s a place where all employees can do their best work.