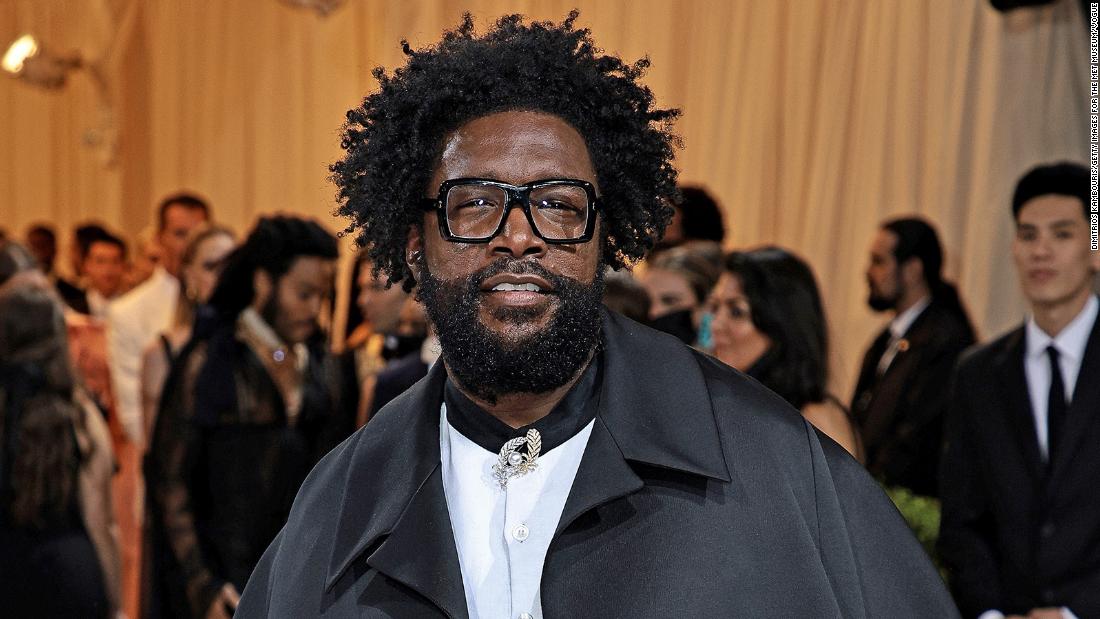 The Met Gala returned to its typical first Monday in May date this week, and celebrities honored this year’s theme of “gilded glamour” with cinched waists, trailing coattails and tulle aplenty.

Some A-list attendees, though, interpreted the theme through the lens of marginalized people whose labor made the Gilded Age of the late 19th century so prosperous for White Americans. Read on for what made these looks so meaningful to the celebrities who wore them.

Gabrielle Union’s Versace dress was designed to look like a gown the late pioneer Diahann Carroll once wore. Credit: Dimitrios Kambouris/Getty Images for The Met Museum/Vogue

Gabrielle Union, in a silver Versace gown with a feathery train and an oversized red bloom on her waist, glittered at the Met Gala in an homage to the unsung Black Americans of the Gilded Age.

“When you think about the Gilded Age and Black and brown people in this country, this country is built off of our backs, our blood, sweat and tears,” Union told red carpet host LaLa Anthony. “So we added these red crystals to represent the blood spilled during the accumulation of gross wealth by a few during the Gilded Age, off of the backs of Black people and people of color in this country.”

Though middle class and elite Black communities existed in some parts of the US in the 19th century, as depicted on HBO’s “The Gilded Age,” segregation and institutional racism kept most Black Americans from enjoying the same economic success of White Americans.
Union said the look also honored the late Diahann Carroll, one of the first Black actresses to star in a primetime sitcom, who wore a similar dress (complete with the red bloom) in 1960.

Bedecked in a navy silk shirt, high boots and an “understated” Cartier necklace, the British Pakistani performer said his outfit was a “shout out to the immigrant workers who kept the Gilded Age golden” in an interview with Vogue.

“It’s what makes the city run,” he said of the immigrant communities who’ve long been integral to the success of New York and other metropolitan areas throughout history. “Just trying to celebrate and elevate that immigrant culture.”

Millions of immigrants moved to the US during the Gilded Age, contributing to an economic boom that most immigrant workers couldn’t partake in. With low wages, dangerous working conditions and a lack of support from their new country, immigrant workers who made the US a titan of industry were at a disadvantage.
Angelo Urrutia, the Salvadoran American designer whose brand 4S Designs created Ahmed’s look, said on Instagram that immigrants “made the gilded age [sic] and all the ages.”

Sarah Jessica Parker’s Christopher John Rogers gown was modeled after an outfit made by Elizabeth Hodds Keckly, a Black designer who worked in the 19th century. Credit: Taylor Hill/Getty Images

Wearing a color-blocked black, white and gray gown (topped with a flamboyant chapeau, as Parker is wont to wear) courtesy of Christopher John Rogers, the “Sex and the City” star and frequent Met Gala guest honored a Black designer whose work predated the Gilded Age.
Elizabeth Hobbs Keckly, the first Black woman to design fashions for White House inhabitants like First Lady Mary Todd Lincoln, designed a similar gown — gingham, with a voluminous bustle — for Lincoln in 1862, a few years before the technical beginning of the Gilded Age. Rogers’ interpretation was a contemporary nod to Keckly’s pioneering work, he said.
“The idea was to highlight the dichotomy between the extravagant, over-the-top proportions of the time period, and the disparity that was happening in America at the time,” Rogers told Vogue.

Questlove’s coat was designed by Black women quilters in Alabama

Questlove’s coat was designed with the help of Black women quilters from Gee’s Bend, Alabama. Credit: Dimitrios Kambouris/Getty Images for The Met Museum/Vogue

Questlove’s oversized, matte black coat is practical fashion with hundreds of years of history behind it.
The deceptively simple style was created in collaboration by designer Greg Lauren and the women of Gee’s Bend, a historically Black community in Alabama. The residents of Gee’s Bend have since the 1800s created intricate quilts for practical purposes, though they’ve more recently gained national attention as examples of textile art.
“I wanted to represent, you know, for African Americans in this country,” the recent Oscar winner said on the Met Gala red carpet. “The Gilded periods are a little bit different for our stories. I wanted to highlight Black women who have sacrificed for the country.”