They Thought the Skulls Were Murder Victims. They Were Off by Centuries. 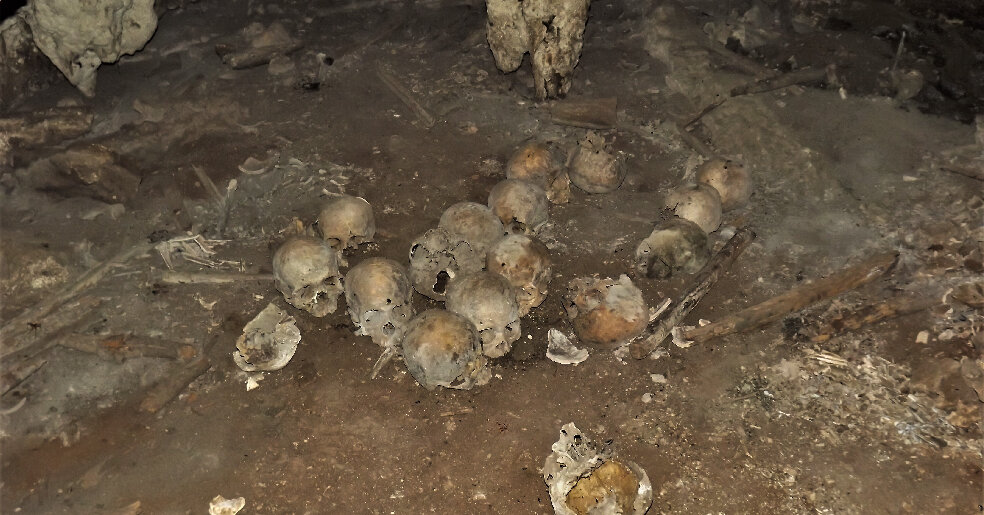 
In 2012, the authorities in the southern Mexican state of Chiapas entered a dark cave and confronted a ghastly site: about 150 skulls sprawled across the ground, all with missing teeth and shattered bits of bone.

The police started an investigation, believing it was a crime scene of migrants killed near the border with Guatemala, where gang violence is commonplace.

Indeed, it was a crime scene. Just not one that occurred recently.

Last week, 10 years after the discovery, the authorities said in a statement that they had determined the skulls were from sacrificial killings between A.D. 900 and 1200.

“We have already learned a lot of information,” Javier Montes de Paz, an archaeologist who analyzed the bones, said in a news conference on April 11. “But it’s also important to note: What were those craniums doing in that cave?”

Researchers at the National Institute of Anthropology and History analyzed marks on the bones and determined that the deaths had happened centuries ago. Such marks would appear only after “a lot, a lot of time” had passed, Mr. Montes de Paz said.

The researchers found that the victims had been beheaded, that most of the bones were from female victims, and that all were missing teeth, though it was unclear if they had been extracted before or after death, Mr. Montes de Paz said.

The researchers also found the skeletal remains of three infants.

The pre-Hispanic bone pile in the Comalapa cave was likely a tzompantli — an altar for worshiping gods that would look like a modern-day trophy rack, with skulls placed on aligned wooden sticks, Mr. Montes de Paz said. Similar practices were common in Maya, Aztec and other Mesoamerican civilizations, according to Smithsonian Magazine.

The wooden material “disappeared over time and could have collapsed the skulls,” Mr. Montes de Paz added.

Investigators in the cave also found aligned wooden sticks, another sign of a tzompantli, according to a statement from the National Institute of Anthropology and History.

While the researchers have yet to conclude their study, Mr. Montes de Paz said it was most likely that several Mesoamerican communities used the cave. Its two entrances were so steep that researchers had to use a ladder to enter.

It was unclear how the skulls were found a decade ago, or by whom. The authorities said in a statement that a “complaint” had alerted them to the discovery in the town of Carrizal, in the municipality of Frontera Comalapa. The National Institute of Anthropology and History did not respond to emailed questions on Wednesday.

Anthropologists studying the skulls found other bone fragments at the site, including a femur and pieces from arms. Intact bodies, however, had not been found, Mr. Montes de Paz said.

The Spanish invasion occurred in the 1500s. According to Smithsonian Magazine, when the Spanish arrived, they were scared of the rituals.

But the sacrifices appeared to have been common in Chiapas. The National Institute of Anthropology and History said that in the 1980s, anthropologists explored Cueva de las Banquetas, a cave, and found 124 skulls that did not have teeth. In 1993, Mexican and French explorers in Ocozocoautla traveled to Cueva Tapesco del Diablo, another cave with five skulls inside.

If people visit such sites in the future and see skulls, he said, they should not “touch or pick up anything.” Otherwise, they could affect the archaeological integrity of the site. The people who found the skulls in Chiapas in 2012 accidentally touched some of the bones, he said. “You affect the history,” he said. “And a lot of information is lost.”

Still, he believed that after more analysis, the story of the skulls could soon be fully told.