Tripping Through the Universes 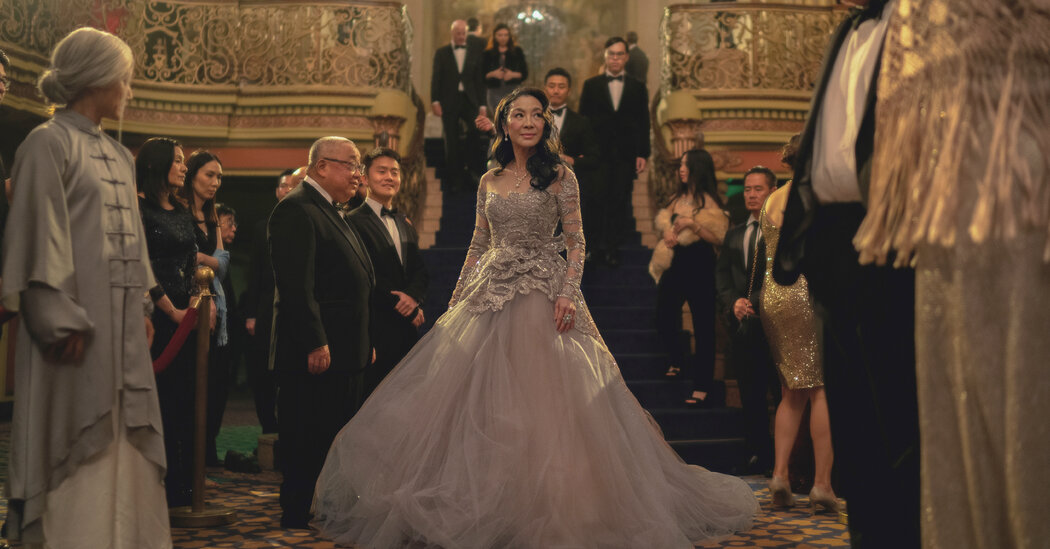 
Speaking over Zoom, the Daniels proclaimed themselves devoted fans of pop science and cosmology. They sent me a copy of “A Vast Pointless Gyration of Radioactive Rocks and Gas in Which You Happen to Occur (A24 LLC),” a collection of science and speculative writing by authors including Jorge Luis Borges and Carl Sagan, which they edited.

Needless to say, there is not just one theory of the multiverse but many, depending on the physics you adopt. For instance, the “many worlds” interpretation of quantum mechanics posits that whenever you make a decision — say, to turn left out of your driveway instead of right — the universe splits in two and continues branching at every intersection. There is a universe for every way you could turn, every way a ball could come off Aaron Judge’s bat, every way a cookie could crumble.

Another version of the multiverse arises from string theory, the purported “theory of everything” that describes elementary particles as vibrating strings of energy. “Theory of Anything” might be a better moniker; it turns out that the theory has at least 10^500 solutions in 11 different dimensions, each of which represents an alternate universe, perhaps with its own laws.

Still another multiverse springs from the prevailing, though not fully confirmed, theory of cosmic inflation. Thanks to a violent whoosh fueled by negative gravity at the dawn of time, an endless array of bubble or “pocket” universes are branching off from one another at a dizzying, exponentially increasing rate.

The Daniels described their multiverse as a combination of Many Worlds and the cosmic bubble bath implied by inflation theory. “It’s fun to imagine both versions,” Mr. Kwan said. “Both of them are pointing toward infinity or just pointing toward the unknown.”

The multiverse, they said, could also be a metaphor for the attention-deficient lives we’ve embraced in our bubbles of social-media truth. “I think our stories have to constantly be looking for ways to calm us down again or to bring us back to another version of being centered and grounded again,” Mr. Kwan said.

Liz Truss faces her party faithful after a disastrous week. Many Conservatives fear defeat looms at UK’s next election | CNN