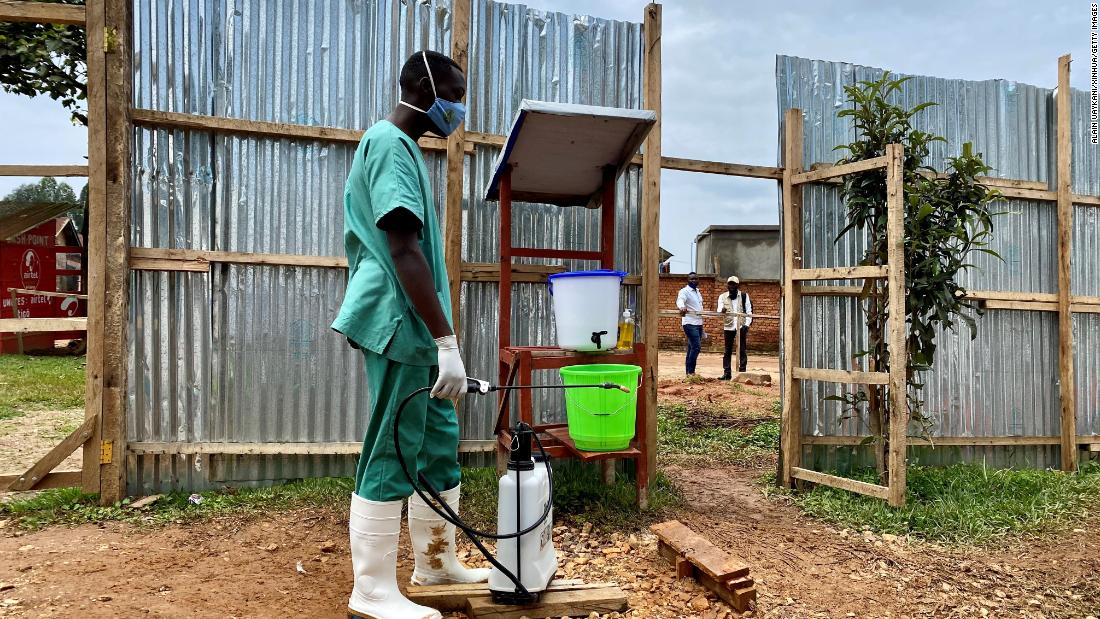 The country declared a new outbreak of the disease last week after the death of a 31-year-old man, who was diagnosed with the disease in Mbandaka, in the DRC’s northwestern Equateur Province, after being sick for more than a week. His sister-in-law, a 25-year-old woman, was the second victim. She died on April 25.

“This is very sad news, and we must continue to put all our effort into saving the lives of anyone else who may have contracted the virus. So far, at least 145 people have been listed as contacts,” Dr. Fiona Braka, the team lead for emergency responses at the WHO Regional Office for Africa, said in a statement sent to CNN.

WHO said investigations to determine the source of the current outbreak remain ongoing. There have been three outbreaks of Ebola in Equateur Province since 2018.

The woman began experiencing symptoms on April 13, Braka said, adding that “responders have been working intensely to find anyone who may have interacted with her while she was symptomatic and are closely monitoring their health.”

She was given a “safe and dignified burial,” Braka added.

The initial patient began experiencing symptoms on April 5 and sought treatment at a local health facility before being admitted to an Ebola treatment center on April 21 for intensive care, the WHO said at the weekend. He died later that day, the organization confirmed.

“Time is not on our side,” Dr. Matshidiso Moeti, the WHO Regional Director for Africa, said Saturday.

“The disease has had a two-week head start and we are now playing catch-up. The positive news is that health authorities in the Democratic Republic of the Congo have more experience than anyone else in the world at controlling Ebola outbreaks quickly.”

Vaccines will be sent to Mbandaka and administered through the ‘ring vaccination’ strategy — where contacts and contacts of contacts are vaccinated to curb the spread of the virus and protect lives.

The DRC has experienced 13 outbreaks of Ebola in total, including one that started in 2018 and claimed nearly 2,300 victims, according to WHO.

The previous outbreaks in Equateur Province were in 2020 when 130 cases were reported, and in 2018, when 54 cases were recorded, the WHO said.

Ebola is a severe illness, with fatality rates varying from 25% to 90% in past outbreaks, WHO said, However, effective treatments are now available that improve chances of survival.

“Many people in Mbandaka are already vaccinated against Ebola, which should help reduce the impact of the disease,” said Moeti. “All those who were vaccinated during the 2020 outbreak will be revaccinated.”

The Central African country has had more Ebola outbreaks than any other country since the virus was first discovered near the Ebola River in the DRC’s northern region in 1976.