Ursula Bellugi, Pioneer in the World of Sign Language, Dies at 91 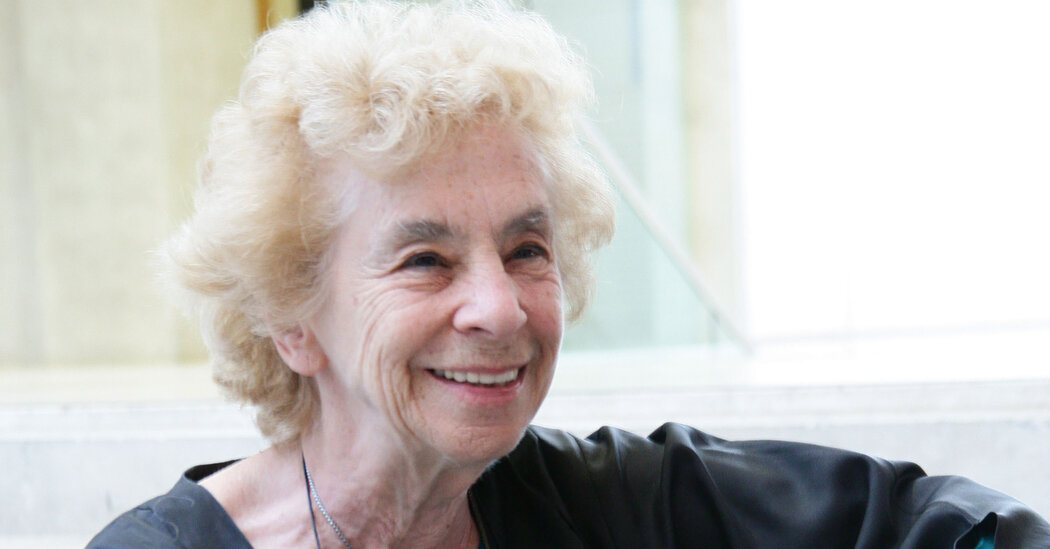 
Ursula Bellugi, a pioneer in the study of the biological foundations of language who was among the first to demonstrate that sign language was just as complex, abstract and systematic as spoken language, died on Sunday in San Diego. She was 91.

Her death, at an assisted living facility, was confirmed by her son Rob Klima.

Dr. Bellugi was a leading researcher at the Salk Institute for Biological Studies in San Diego for nearly five decades and, for much of that time, was director of its laboratory for cognitive neuroscience. She made significant contributions in three main areas: the development of language in children; the linguistic structure and neurological basis of American Sign Language; and the social behavior and language abilities of people with a rare genetic disorder, Williams syndrome.

“She leaves an indelible legacy of shedding light on how humans communicate and socialize with each other,” Rusty Gage, president of the Salk Institute, said in a statement.

Dr. Bellugi’s work, much of it done in collaboration with her husband, Edward S. Klima, advanced understanding of the brain and the origins of language, both signed and spoken.

American Sign Language was first described as a true language in 1960 by William C. Stokoe Jr., a professor at Gallaudet University, the world’s only liberal arts university devoted to deaf people. But he was ridiculed and attacked for that claim.

Dr. Bellugi and Dr. Klima, who died in 2008, demonstrated conclusively that the world’s signed languages — of which there are more than 100 — were actual languages in their own right, not just translations of spoken languages.

Dr. Bellugi, who focused on American Sign Language, established that these linguistic systems were passed down, in all their complexity, from one generation of deaf people to the next. For that reason, the scientific community regards her as the founder of the neurobiology of American Sign Language.

The couple’s work led to a major discovery at the Salk lab: that the left hemisphere of the brain has an innate predisposition for language, whether spoken or signed. That finding gave scientists fresh insight into how the brain learns, interprets and forgets language.

“This was a critical discovery for deaf people, as it verified that our language is treated equally by the brain — just as we must be treated equally by society,” Roberta J. Cordano, the president of Gallaudet, said in a statement.

Until then, sign languages were regarded disparagingly either as crude pantomime, with no rules, or as broken English, and deaf children were discouraged from learning to sign. The couple’s work contributed to a wider acceptance of A.S.L. as a language of instruction and helped empower deaf people as the Deaf Pride movement developed in the 1980s.

Another subject that Dr. Bellugi and her husband studied was Williams syndrome. She sought to understand how the disorder, in which a set of about 20 genes is missing from one copy of a chromosome, changed the brain and ultimately shaped behavior.

Her body of work, the Salk Institute said in a profile of Dr. Bellugi, “helped paint a picture of the biology humans use to interact with the world around us.”

Ursula Herzberger was born on Feb. 21, 1931, in Jena, in central Germany, a center of science and technology. With Hitler on the rise, her family fled Germany in 1934 and eventually settled in Rochester, N.Y. There, her father, Max Herzberger, a mathematician and physicist, became head of Eastman Kodak’s optical research laboratories, a job arranged for him by Albert Einstein, his friend and former teacher in Berlin.

Mr. Herzberger went on to develop a special lens that resolved the color distortion in glass. Ursula’s mother, Edith (Kaufmann) Herzberger, was an artist.

Ursula attended Antioch College in Ohio, where she majored in psychology and graduated in 1952. She married Piero Bellugi, an Italian composer and conductor, in 1953; they had two sons before divorcing in 1959.

Interested in psychology and language, she moved to Cambridge, Mass., where she became a research assistant to Roger Brown, an eminent psychologist at Harvard and the Massachusetts Institute of Technology, who was studying how young children acquire language. Soon she was studying at Harvard, where she earned a doctor of education degree in 1967 while raising her sons as a single mother. She also took courses at M.I.T., where one of her teachers was Dr. Klima.

When they married, she changed her name legally to Bellugi-Klima but continued to use Bellugi professionally. They moved west when he began teaching at the University of California, San Diego. She started in 1968 at the Salk Institute, a 10-minute walk from her husband’s campus, where she also taught. She later taught at San Diego State University.

At the time, San Diego was a hotbed of linguistic research, revolving largely around Dr. Bellugi and Dr. Klima, as well as colleagues who had come from Harvard and M.I.T. She attracted a parade of research assistants and made a point of hiring many who were deaf.

Over the years, Dr. Bellugi received multiple awards. She was elected to the National Academy of Sciences in 2007. She retired from Salk in 2017 at 86.

She co-wrote hundreds of papers and several books, some of them with her husband. Their best-known book was “The Signs of Language” (1979), written with 10 associates. It was the first comprehensive study of the grammar and psychology of signed languages and was hailed by the Association of American Publishers as the year’s “most outstanding book in the behavioral sciences.”

In addition to her son Rob, Dr. Bellugi is survived by her sister, Ruth Rosenberg; her brother, Hans Herzberger; four grandchildren; and five great-grandchildren. Another son, David Bellugi, died in 2017.