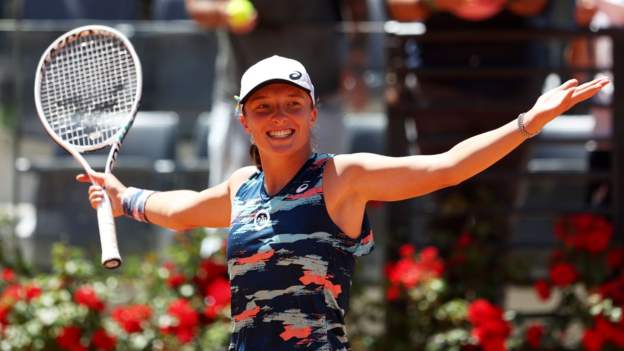 
Iga Swiatek took her winning run to 27 games by reaching the Rome Open final as she beat Aryna Sabalenka 6-2 6-1.

The 20-year-old produced a display of precision and variety in contrast to her Belarusian opponent in breaking serve six times.

The defending champion will face Ons Jabeur or Daria Kasatkina next.

World number one Swiatek has the chance it make it five straight tournament wins after victories in Doha, Indian Wells, Miami and Stuttgart.

Tunisian Jabeur, who faces Russia’s Kasatkina in the second semi-final, last week became the first Arab or African player to win a WTA 1000 title in Madrid.