Economic activity in China has expanded for the first time in four months as disruptions caused by the abrupt end of its zero-Covid policy appears to be fading.

The official purchasing managers’ index (PMI) for manufacturing, which measures activity at factories, jumped to 50.1 in January from 47 in December, according to the National Bureau of Statistics.

It’s the first time the gauge has crossed the 50-point mark since September. A reading above 50 indicates expansion, while anything below that level shows contraction.

The official non-manufacturing PMI, which tracks activity in the services and construction sectors, surged to 54.4 in January from 41.6 in December, also marking its first expansion in four months.

This is a sign that China’s Covid “exit wave” is coming to an end, said analysts from Nomura in a research report.

“Looking to February, we expect both the manufacturing and non-manufacturing PMIs to rise further, as more people adapt to living with Covid,” they said Tuesday, adding that manufacturing activity will also rebound further following the Lunar New Year holiday.

Last week, the Chinese Center for Disease Control and Prevention said in a report that China’s current wave of Covid outbreak was “nearing an end.”

The official PMI survey mainly covers larger businesses and state-owned companies. The Caixin PMI survey, which will be released later this week, is focused on small and medium-sized enterprises.

China scrapped most of its pandemic restrictions in early December, effectively ending its three-year-long zero-Covid policy. But the abrupt change in policy caught the public off guard, leading to the rapid spread of infections.

The Covid surge hit factories and consumer markets, as people were driven indoors and factories were forced to shut due to fewer people working. But it appears the chaos might be over.

“The official PMIs add to evidence of a rapid rebound in economic activity this month as disruption from the reopening wave faded,” said Sheana Yue, China economist at Capital Economics.

All components of the indices improved this month.

The most significant rebound happened in the services sector, with that measure climbing to 54 in January from a record low of 39.4 in December, when a huge rise in Covid infections led to people largely staying home.

“The strong rebound was mostly driven by the release of pent-up demand in in-person services, including tourism, hospitality and entertainment, which were hit hardest by the pandemic over the past three years,” Nomura analysts said. “People flocked to scenic spots, watched firework shows and crowded into restaurants and hotels.”

A total of 308 million trips were made by travelers within China during the Lunar New Year holiday, up 23% from the same period last year, according to data released by the culture and tourism ministry last week. It was also close to the pre-pandemic level, equivalent to 89% of the 2019 figure.

“With zero-COVID in the rear-view mirror, the recovery should remain robust in the near-term,” Yue said. 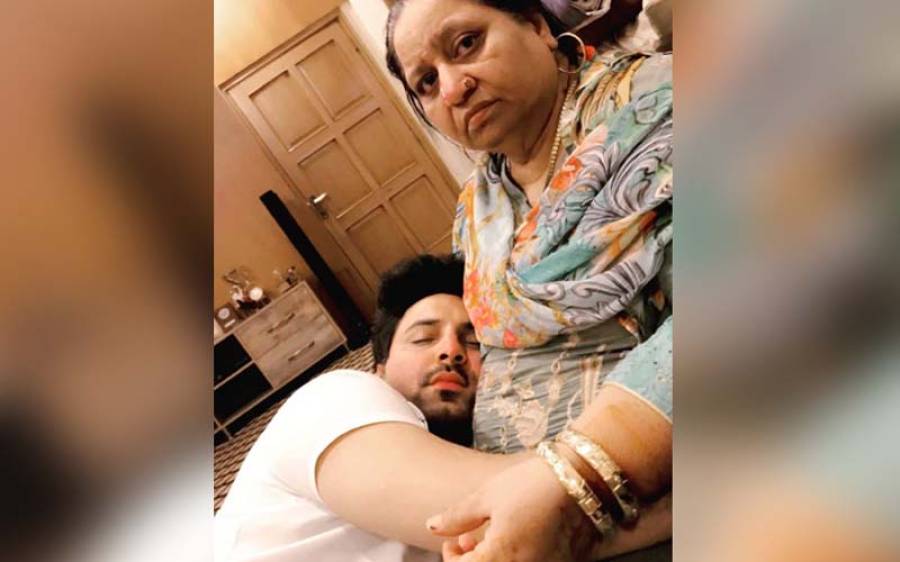 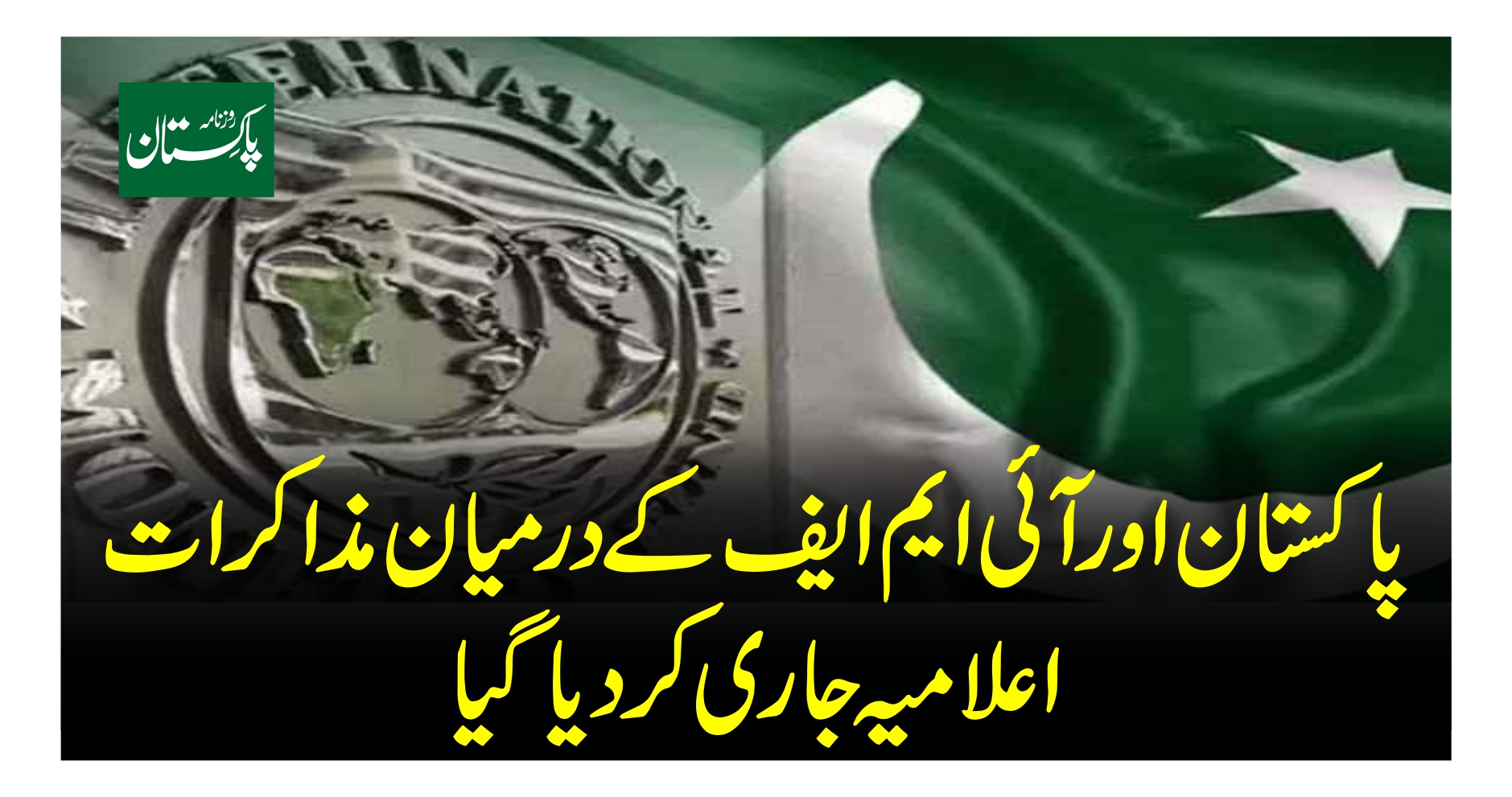 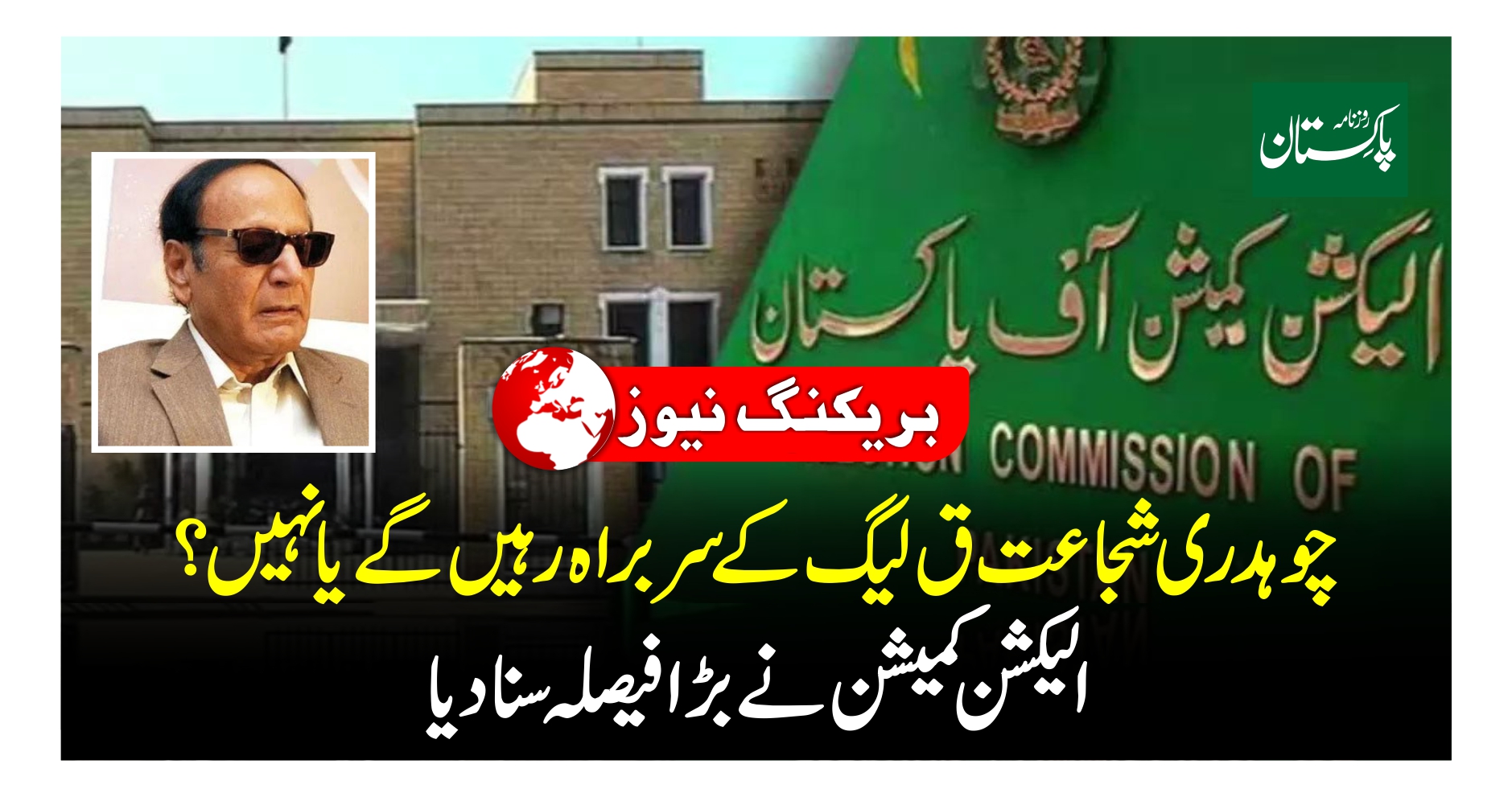 China’s southwestern province of Sichuan will drop restrictions on unmarried people having children, part of a broader attempt by the government to boost the country’s plummeting birth rate.

The policy shift came after China’s population shrank last year for the first time in more than six decades, marking a historic moment in its deepening demographic crisis.

Currently, the Sichuan government only allows married couples to register the births of up to two children. Starting from February 15, all citizens – including unmarried parents – can register with no ceiling on the number of children.

In China, birth registration is often required for parents to access benefits such as maternity insurance. It is also needed to obtain a household registration document, or hukou, that grants children access to social welfare, such as healthcare and education.

The Sichuan provincial health commission said in a statement that by scrapping the restriction on marriage, the new measures shifted the focus of birth registration to “the desire and results of childbearing.”

An official from the Sichuan health commission told local media that the policy was intended to safeguard the rights of single mothers, not to encourage unmarried people to become parents. The commission’s announcement said the policy would promote “long-term and balanced population development.”

Sichuan, home to more than 83 million people, is the fifth most populous province in China.

Its relaxation of birth registration requirements follow similar steps taken by other provinces, such as Guangdong and Shaanxi.

China’s demographic crisis, which is expected to have an increasing impact on growth in the years to come, has been a key concern for policymakers.

Beijing scrapped its decades-long and highly controversial “one child” policy in 2015, after realizing the restriction had contributed to a rapidly aging population and shrinking workforce that could severely distress the country’s economic and social stability.

To arrest the falling birth rate, the Chinese government announced in 2015 that it would allow married couples to have two children. But after a brief uptick in 2016, the national birth rate has continued to fall.

Policymakers further relaxed limits on births in 2021, allowing three children, and ramped up efforts to encourage larger families, including through a multi-agency plan released last year to strengthen maternity leave and offer tax deductions and other perks to families. But those efforts have yet to see results amid changing gender norms, the high cost of living and education, and looming economic uncertainty.

Many young people are choosing to marry later or deciding not to have children altogether.

The death toll from a suspected suicide bomb that ripped through a mosque in northwestern Pakistan Monday has risen to at least 92, marking one of the deadliest attacks in the country in years as it faces what one analyst described as “a national security crisis.”

Peshawar deputy commissioner Shafiullah Khan on Tuesday confirmed the fatalities and said more than 80 victims were still being treated in hospital following the blast at the mosque in a police compound in the city.

Nasarullah Khan, a police official who survived the explosion, said he remembered seeing “a huge burst of flames” before becoming surrounded by a plume of black dust.

Khan said his foot broke in the blast and he was stuck in the rubble for three hours.

“The ceiling fell in… the space in between the ceiling and wall is where I managed to survive,” he said.

Meanwhile, hope was fading in the search for survivors as rescue workers sifted through the rubble of the mosque that was all but destroyed Monday, when worshipers – mainly law enforcement officials – had gathered for evening prayers.

Photos and video show walls of the mosque reduced to fragments, with glass windows and paneling destroyed in the powerful blast.

“We are not expecting anyone alive to be found. Mostly dead bodies are being recovered,” Bilal Faizi, a rescue spokesperson, said Tuesday.

The blast Monday is the latest sign of the deteriorating security situation in Peshawar, capital of the restive Khyber-Pakhtunkhwa province that borders Afghanistan and the site of frequent attacks by the Pakistani Taliban, known as Tehreek-e-Taliban (TTP).

The TTP is a US-designated foreign terrorist organization operating in both Afghanistan and Pakistan.

Last year, the breakdown of an already shaky year-long ceasefire between the TTP and Pakistan’s government threatened not only escalating violence in that country but potentially an increase in cross-border tensions between the Afghan and Pakistani governments.

But the TTP’s main spokesperson later denied the group was involved in the attack.

“Regarding the Peshawar incident, we consider it necessary to clarify that Tehreek-e-Taliban Pakistan has nothing to do with this incident,” TTP spokesperson Muhammad Khorasani said in a statement late Monday. “According to our laws and general constitution, any action in mosques, madrasas, funerals grounds and other sacred places is an offense.”

Pakistan authorities say an investigation is underway and have not confirmed either claim.

“The brutal killing of Muslims prostrating before Allah is against the teachings of the Quran,” Sharif said, adding that “targeting the House of Allah is proof that the attackers have nothing to do with Islam.”

Rights groups have condemned the deadly attack, which has raised fears of fresh violence amid a deteriorating security situation in the country.

The Human Rights Commission of Pakistan in a statement Monday said the attack could have been avoided if the “state heeded earlier warnings from civil society about extremist outfits in the province.”

Madiha Afzal, a fellow in foreign policy at the Brookings Institution in Washington, said the 2021 Taliban takeover in Afghanistan has “emboldened” the TTP and other terror groups.

“The TTP has also been emboldened by a Pakistani state that has had a shaky, uncertain response to the group in the last couple of years,” she said, adding a “sloppy policy toward terrorist groups has been more or less consistent across governments in Pakistan since the mid-2000s.”

Negotiations with the militants have “failed repeatedly because these groups are existentially opposed to the Pakistani state and constitution,” she added.

“This is now a national security crisis for Pakistan once again. The solution has to be a concerted military operation (against the TTP),” she said. “But that is now complicated by the fact that the TTP can go across the border into Taliban-controlled Afghanistan.”

The attack also comes at a fragile time for Pakistan, which has been grappling with a cost of living crisis as food and fuel shortages wreak havoc in the country of 220 million. 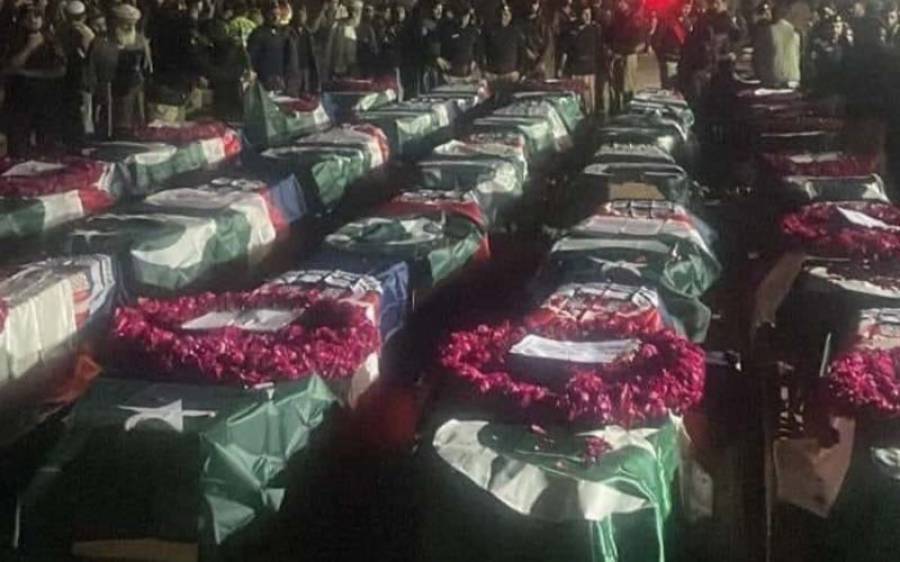 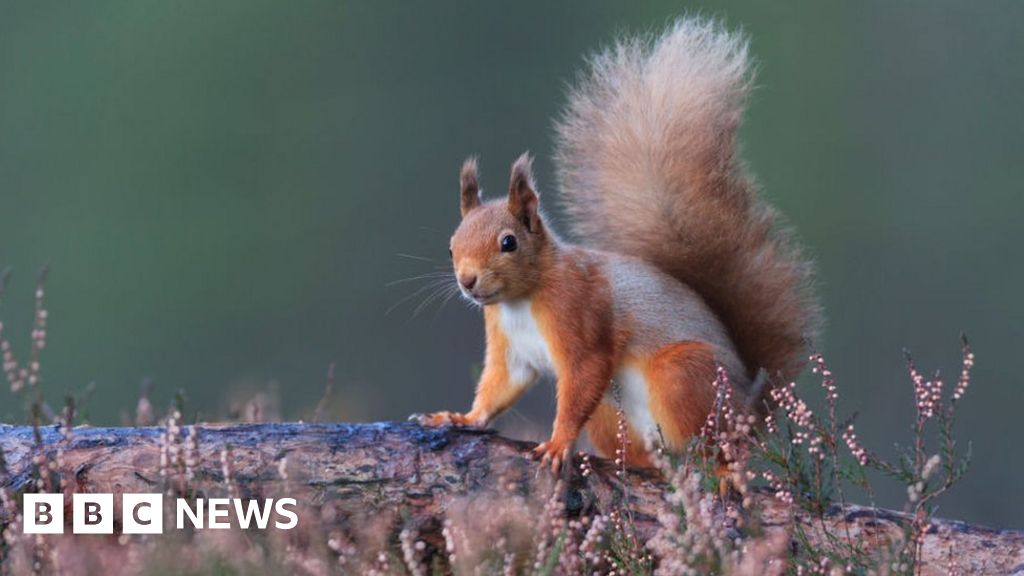 Ministers set out plans for restoring nature amid growing criticism over pollution and wildlife decline. 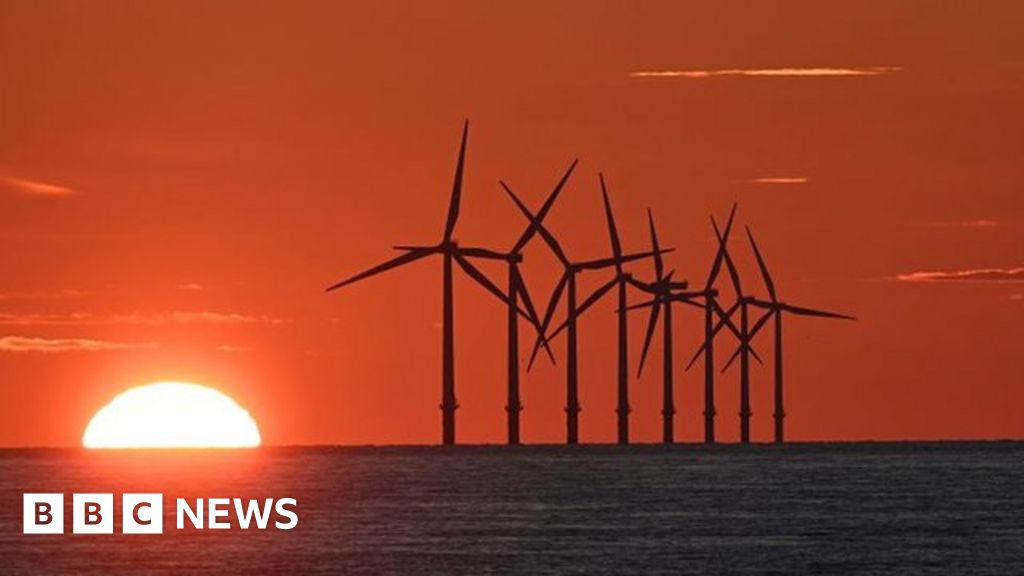 Projects aimed at lowering carbon emissions are boosting growth in poorer parts of the country.